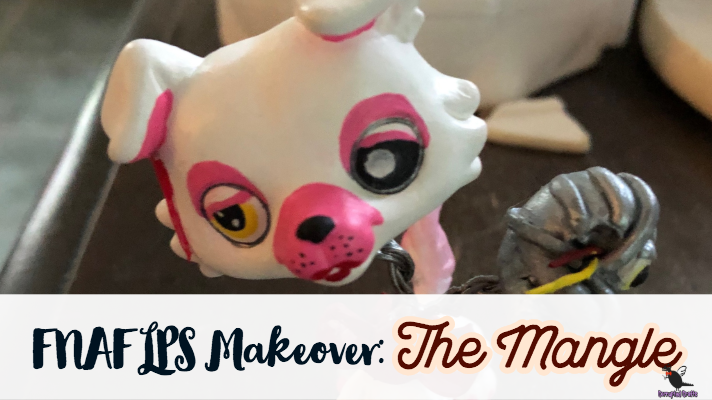 Mangle is a super fun and unique character from Five Nights at Freddy’s, which is basically a wad of metal with a few feet and two heads. This base had lost its head, being a fake LPS Collie 1262. This is one of what might become a series of LPS Fnaf Customs.

Preparing the base of the FNAF LPS Customs 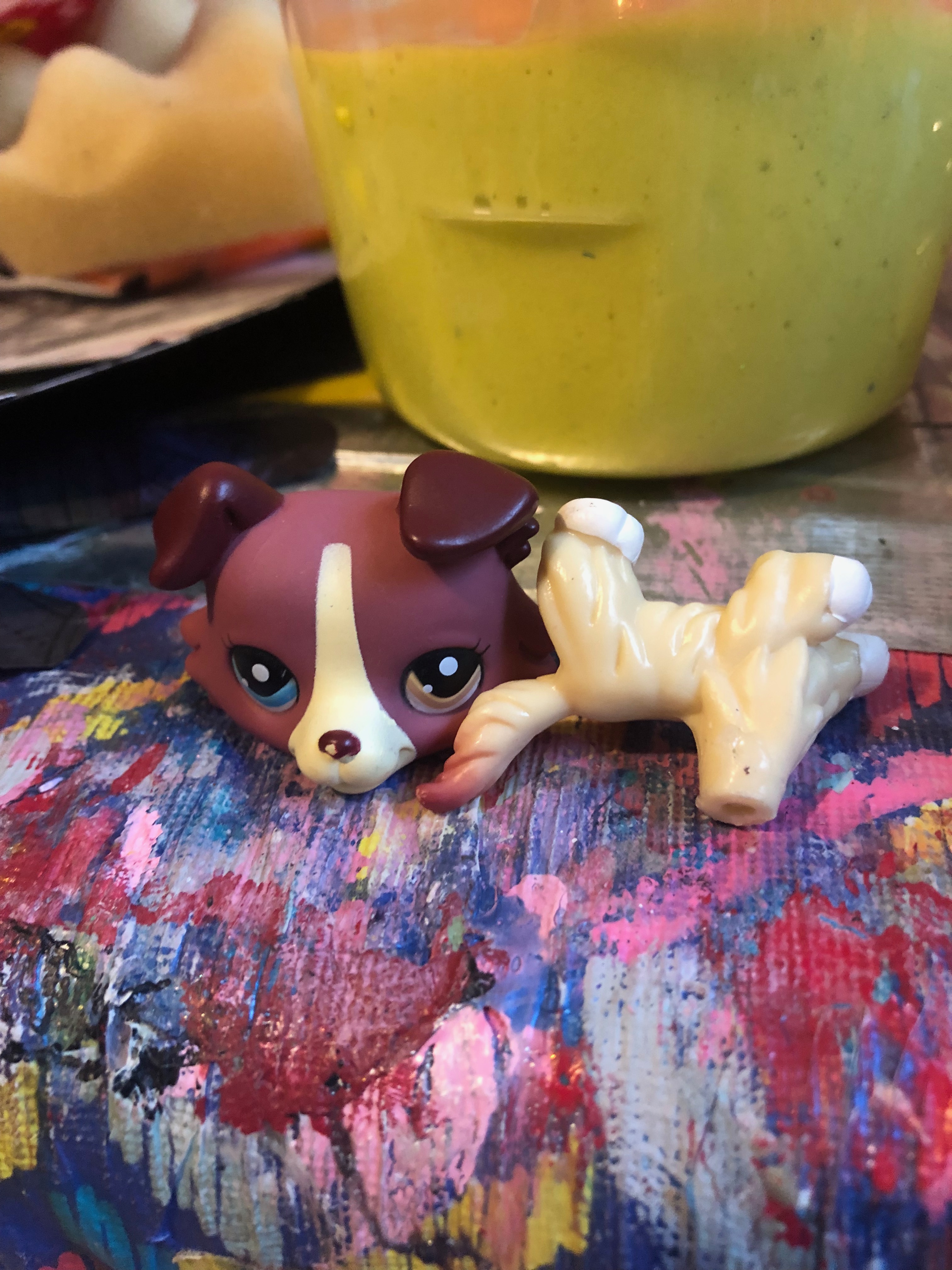 The head of my LPS ripped off almost as soon as I opened the package, but if your collie isn’t as cooperative as mine was, force may be needed to get the head off. Make sure to snap the stick and not just pull out the head spike. This LPS needs to be super duper broken to be used in this tutorial.

Attempting to Fix the Mangle

I started off by just trying to glue the head on normally. This did not work well… at all. Give up on this matter and just move on in life.

One of the most important things I learned is that if you don’t rough up the surface of the plastic before trying to glue anything to it, whatever you glue will absolutely not stay. Use your exacto or nail file to texture around the neck peg and the actual top of the neck of the LPS. 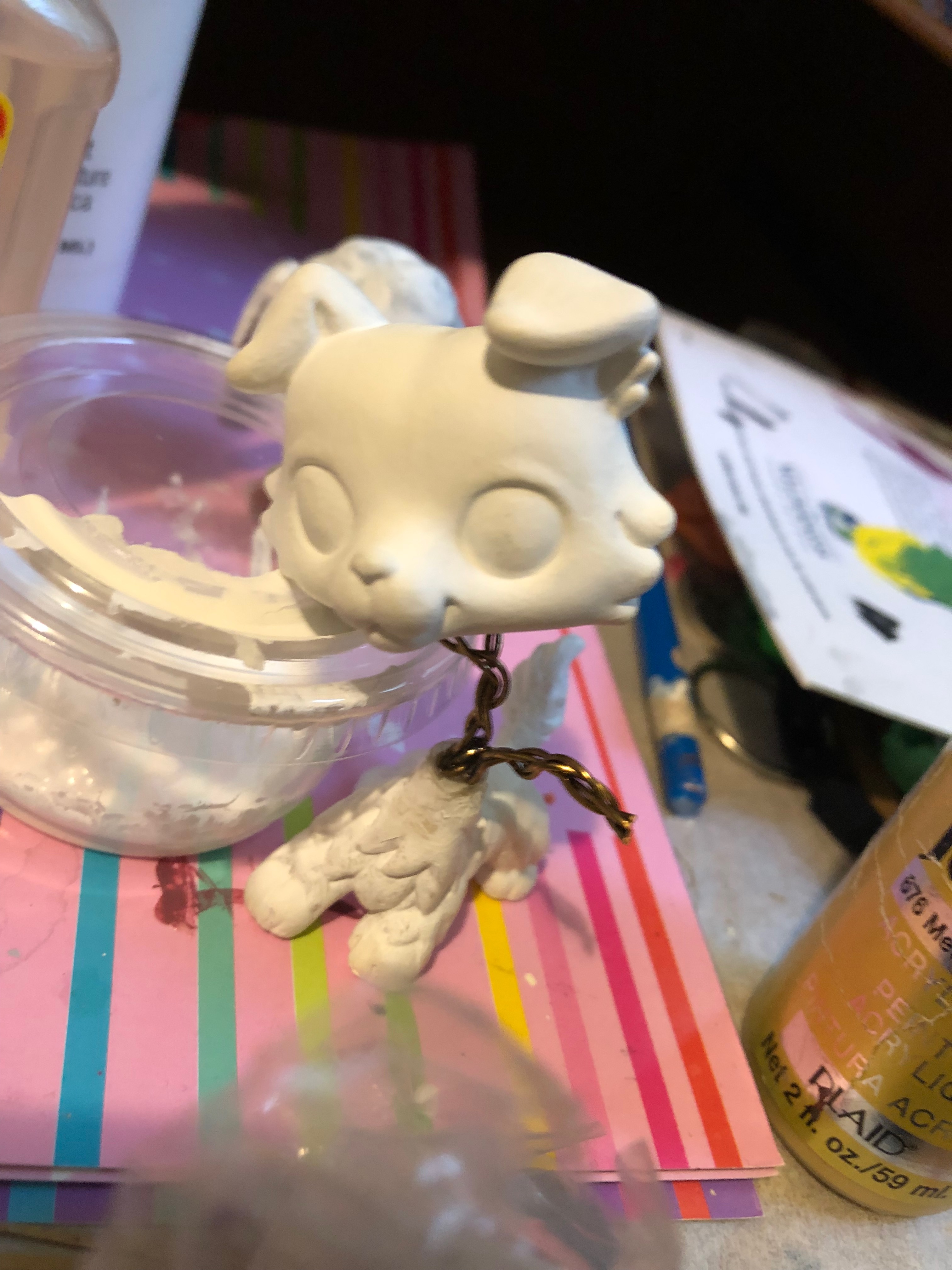 Twist a clump of wires together and make a V shape, with one side slightly longer than the other. Twist the point of the V to make it fit into the neck of the LPS better.

Gluing the Head to the Wires of the FNAF LPS Customs

Attach the longer wire to the inside ring of the LPS head. Glue it down securely using the gorilla glue and allow it to sit for at least a full 24 hours.

Coating the Head in White Paint

This will take quite a few coats of white paint to cover the dark color. Hold the head by the wire and start applying smooth and thin layers all over the head of the custom. The first coat will be awful, but after that first coat the paint has something to stick to and will start catching better. If needed, you can use a nail file and very gently sand the surface of the LPS to make the paint soak in a little more.

Smoothing out the Layers of the FNAF LPS Customs

After the LPS head is fully coated, water the paint down in a dish and apply super thin coats all over the head until the brush strokes disappear. This can take between three to five coats.

Painting the Body of the FNAF LPS Customs

Once again, thoroughly cover the piece in paint and make sure to get under all the fur tufts on the body. This will help her head and body match, to really bring the two pieces together and make them make sense.

Attaching the Head to the Body

This part is really tricky. The base of the V has to be securely glued to the LPS neck in a position that will allow it to dry well for the 24 hours. Once that time is up, it needs another layer of glue to reinforce the piece and seal it into the neck.

Sculpting the Animatronic Head Base 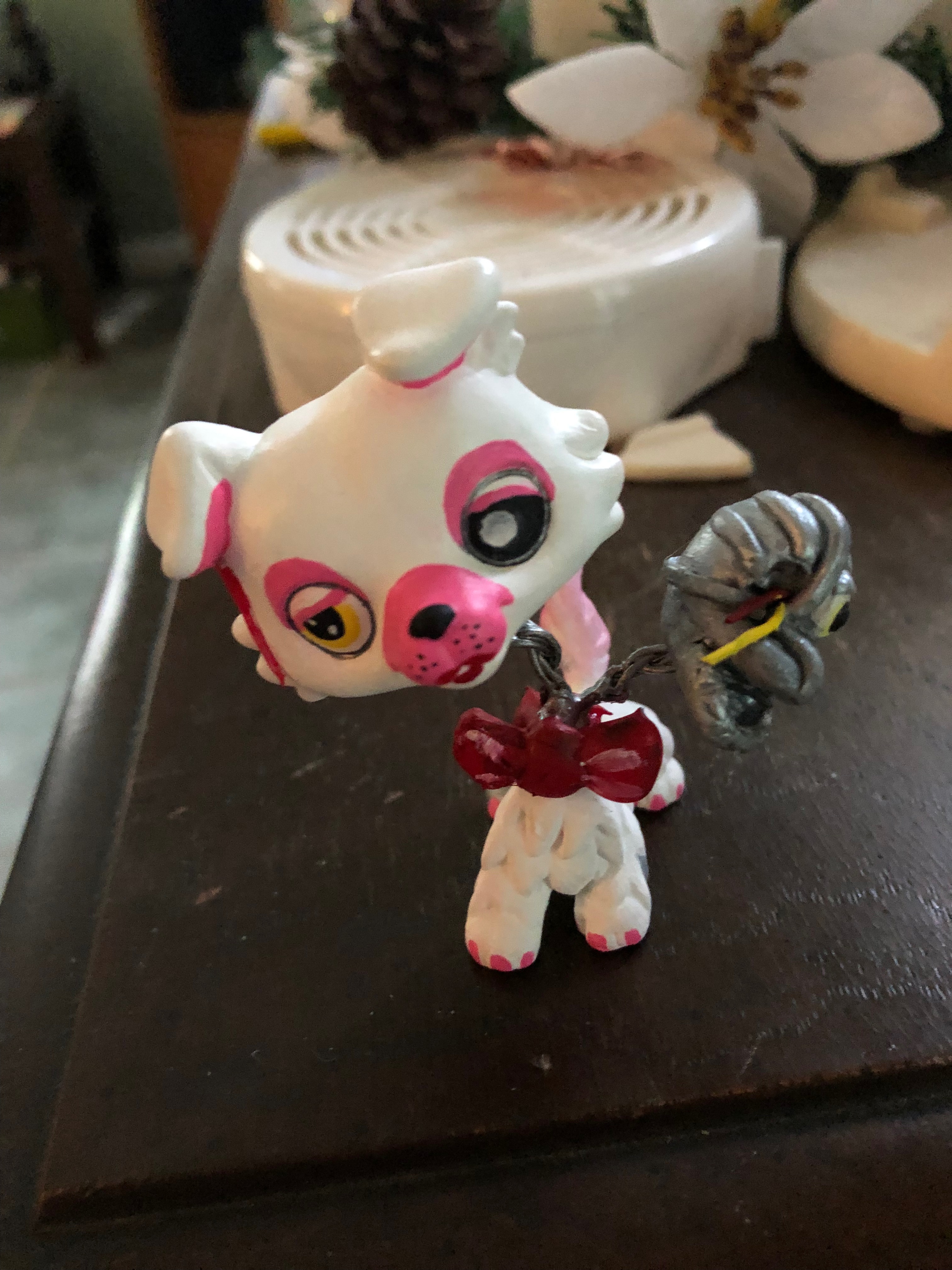 Start with a tombstone shape. Add little tiny stripes of grey clay all over the head, going from front to back. The lower jaw is a small thin piece of clay attached to the bottom and carved out slightly with a dotting tool, nothing special. The eye sockets are made by pressing a dotting tool into the head, and the eye was just a blob of white clay placed into the eye socket. Make sure to put a hole on the bottom of the head to attach to the Mangle later.

Why Photo Reference is So Important

Mangle is a complicated bundle of wires, but there is method to the madness. For instance, I didn’t know she had a grey back paw and painted toenails, or which eye was just a black hole. By using reference photos straight from the source, you can better create your creatures.

Attaching the Other Head

Flip the LPS upside down and put the ends of the other wire into the sculpted head. Use a good amount of glue to fill the gap and let it sit for 24 hours. Once dry, make sure it is well secured and all the other points with glue are also well secured.

Alright, so the head of the LPS is going to tip the body to one side. Adjust the heads by gently moving and tilting them until it can stand well on its own. It doesn’t have to be perfect, just balanced enough to display and play with.

Doing Another White Base Coat

Just because, add another thin white coat of paint to the LPS Custom. This will cover up any hair or ickies it picked up along the way.

Coloring the Wires of the FNAF LPS Customs Head 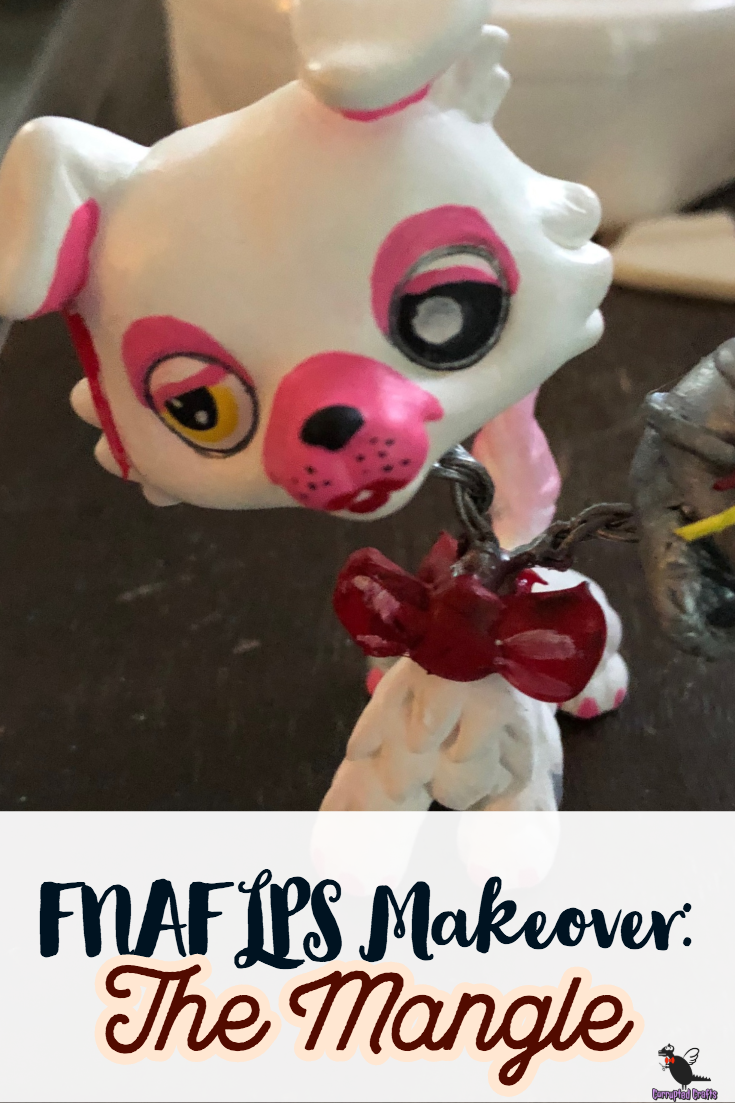 Use silver paint to color in the wires of the necks, and color the little wires hanging out of the eye yellow and red. This will make it look more detailed and pretty, or at least as pretty as a Mangle can be. We will finish this craft next Monday, stay tuned and happy crafting!