The Beginner’s guide to slime: Tips and Tricks to Make the Most Popular Stress Reliever 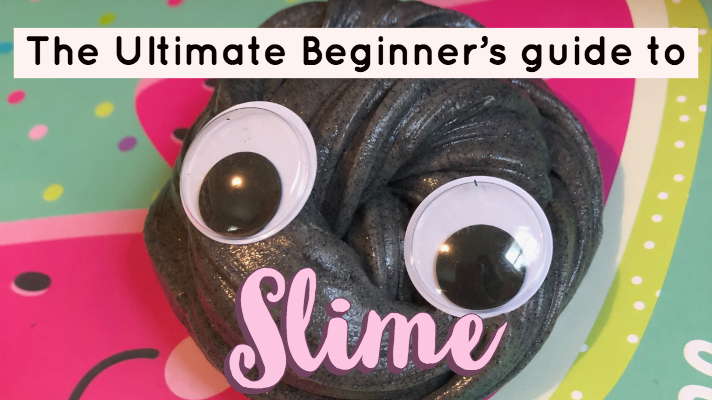 Have you tried making slime but miserably failed and wound up with a chunky or watery mess? Wonder why your glue isn’t activating? Or maybe you’re new to slime and are wondering what the heck it is? In this post, we will discuss the do’s and don’ts of slime, a few of the most popular slimes, and how to repair a slime if overactivated, as well as discuss the main three types of activator. 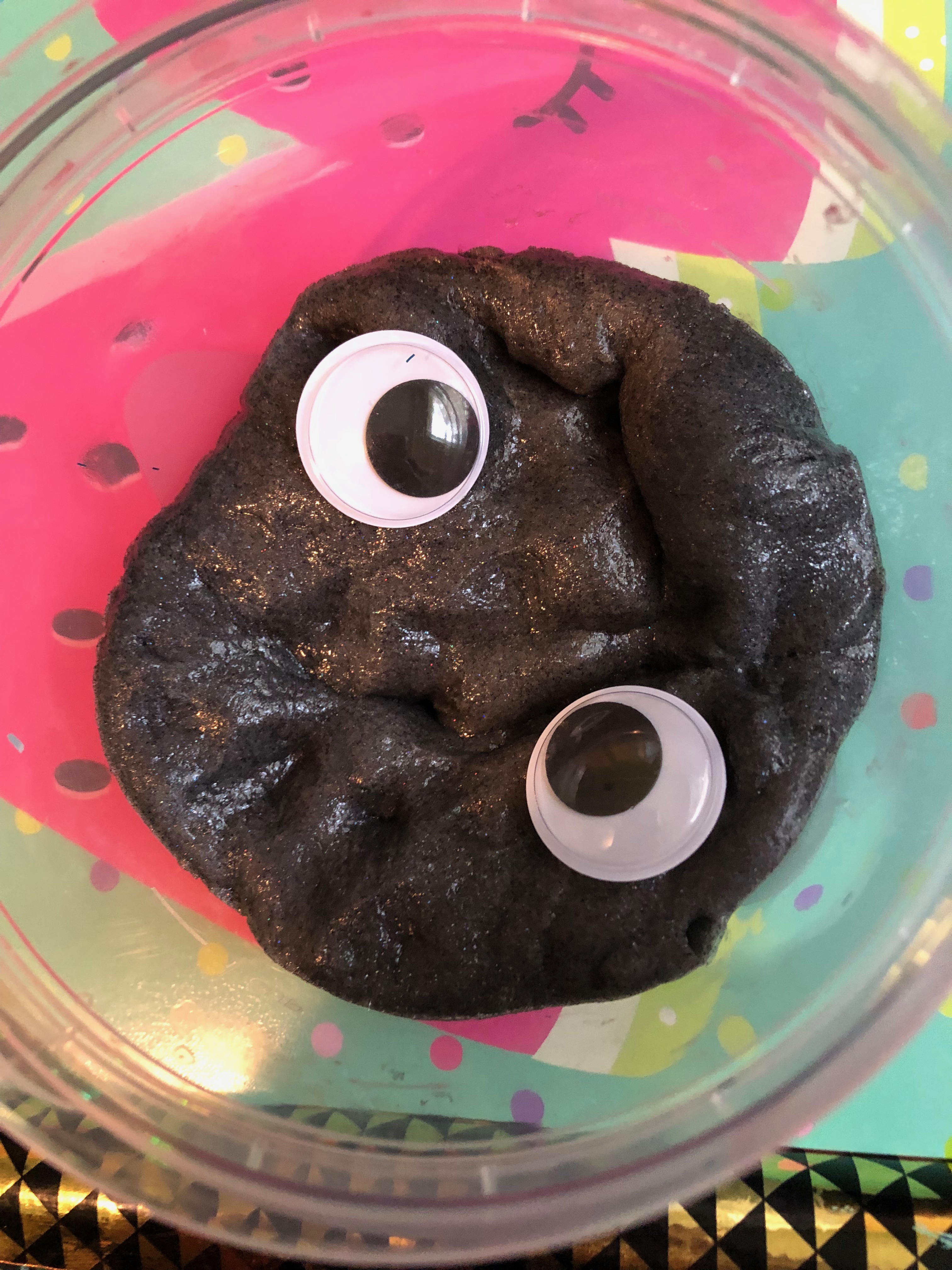 In order to understand slime, we must first analyze the reaction that forms it. The reason elmer’s glue activates is because it contains something called PVA, or polyvinyl alcohol. PVA and borax form a clumpy mixture as the PVA “activates”, or gets thicker.

Why Your Slime May Not be Working 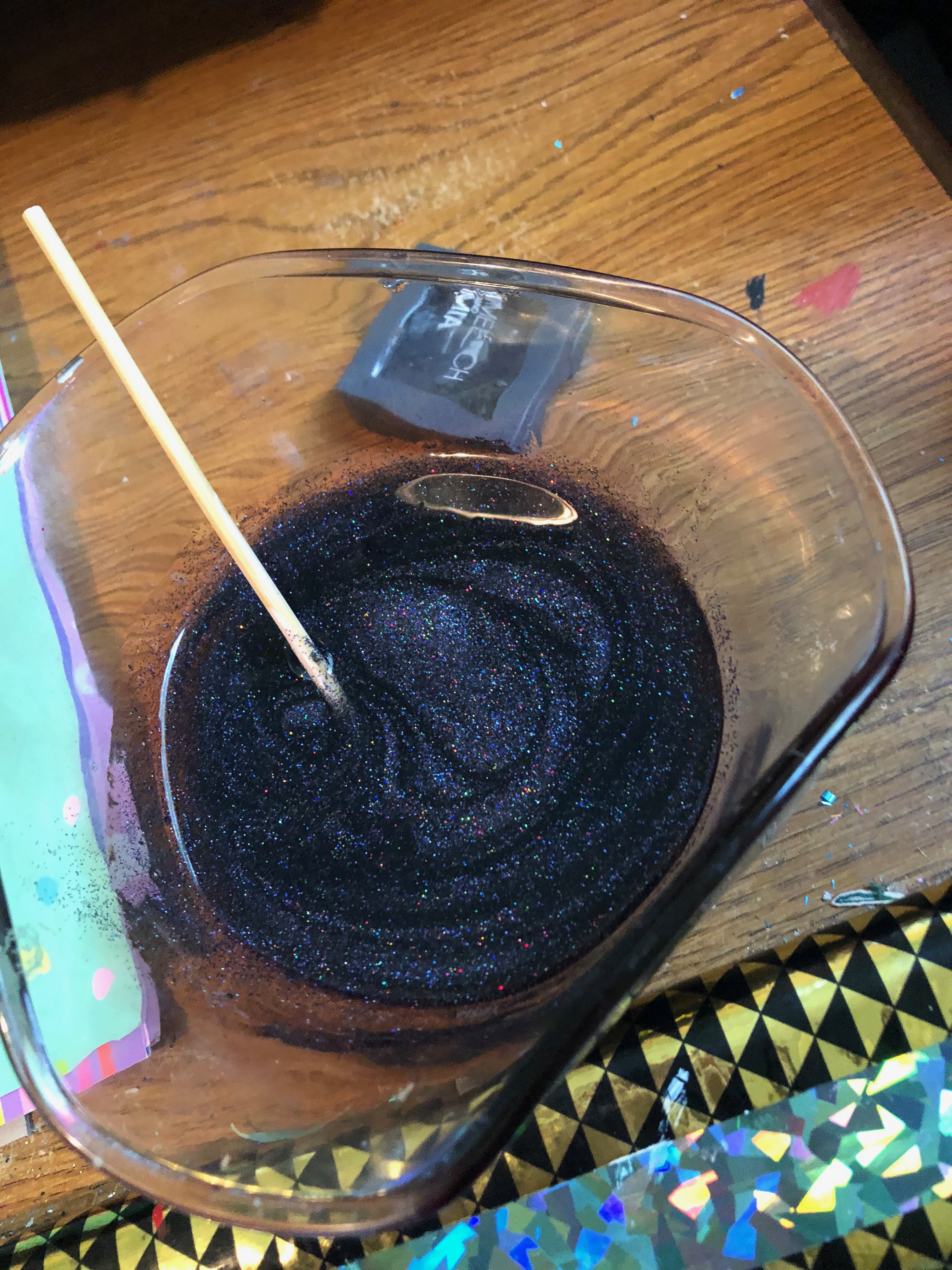 Before choosing a glue that is not elmer’s for slime, check and see if it contains PVA. Without PVA, there is nothing you can or will ever do to make the slime activate, aside from adding flour or cornstarch to make a dough. If your slime is activating in clumps, do not add more activator until it is well mixed and kneaded, and proving to still be sticky.

What to do if you Overactivate your Slime 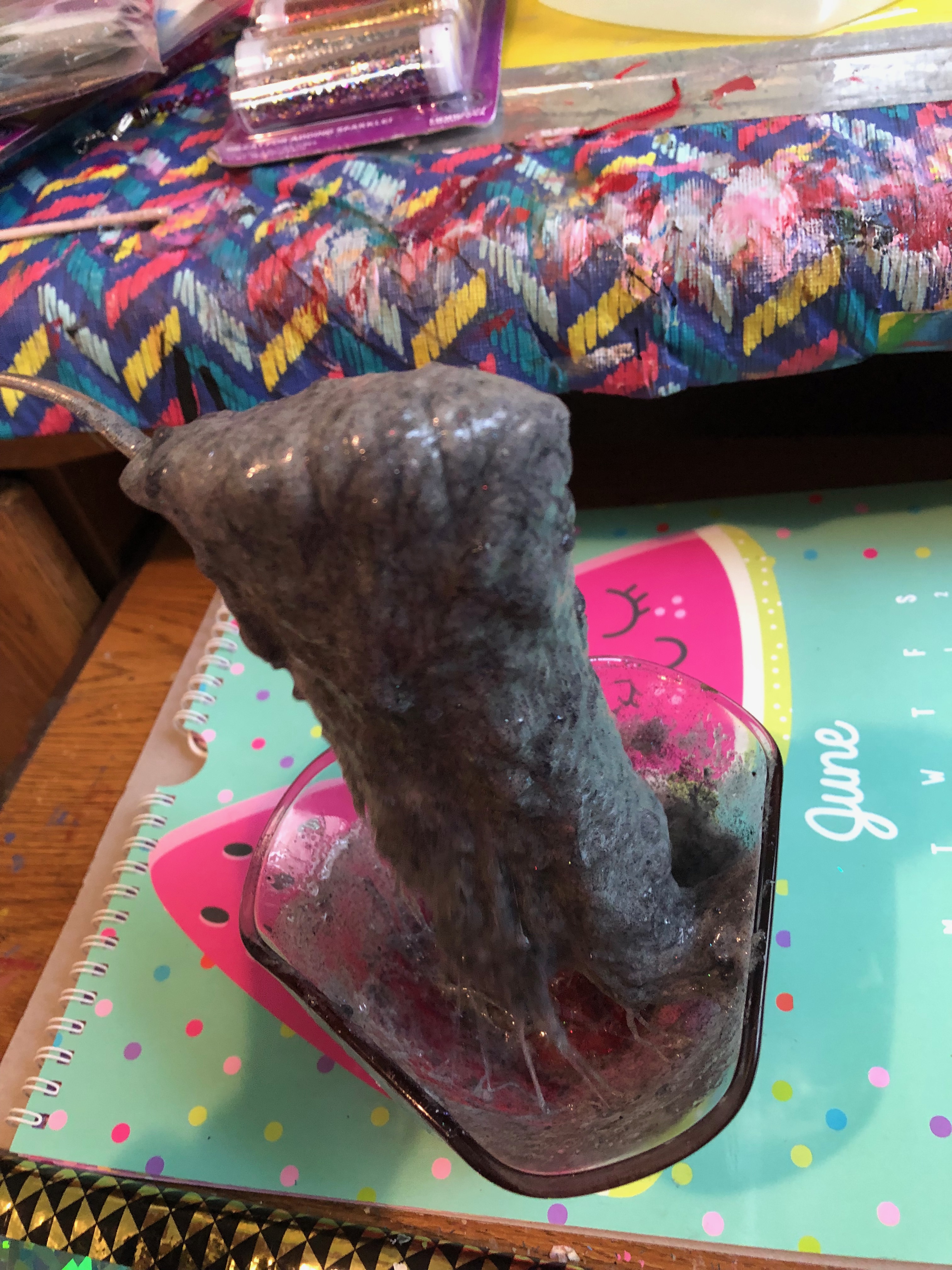 Overactivation of slime is one of the most common ways to mess up slime. In the event of overactivation, do not panic. If your slime is clear, your options are to add white vinegar to break it down a bit, or mouthwash to do the same. Mouthwash is much harsher of a deactivator and can easily ruin your slime, so proceed with caution. For white glue slimes, the best thing to do is knead in lotion to make it softer and as a plus it will moisturize your hands when you play with it. 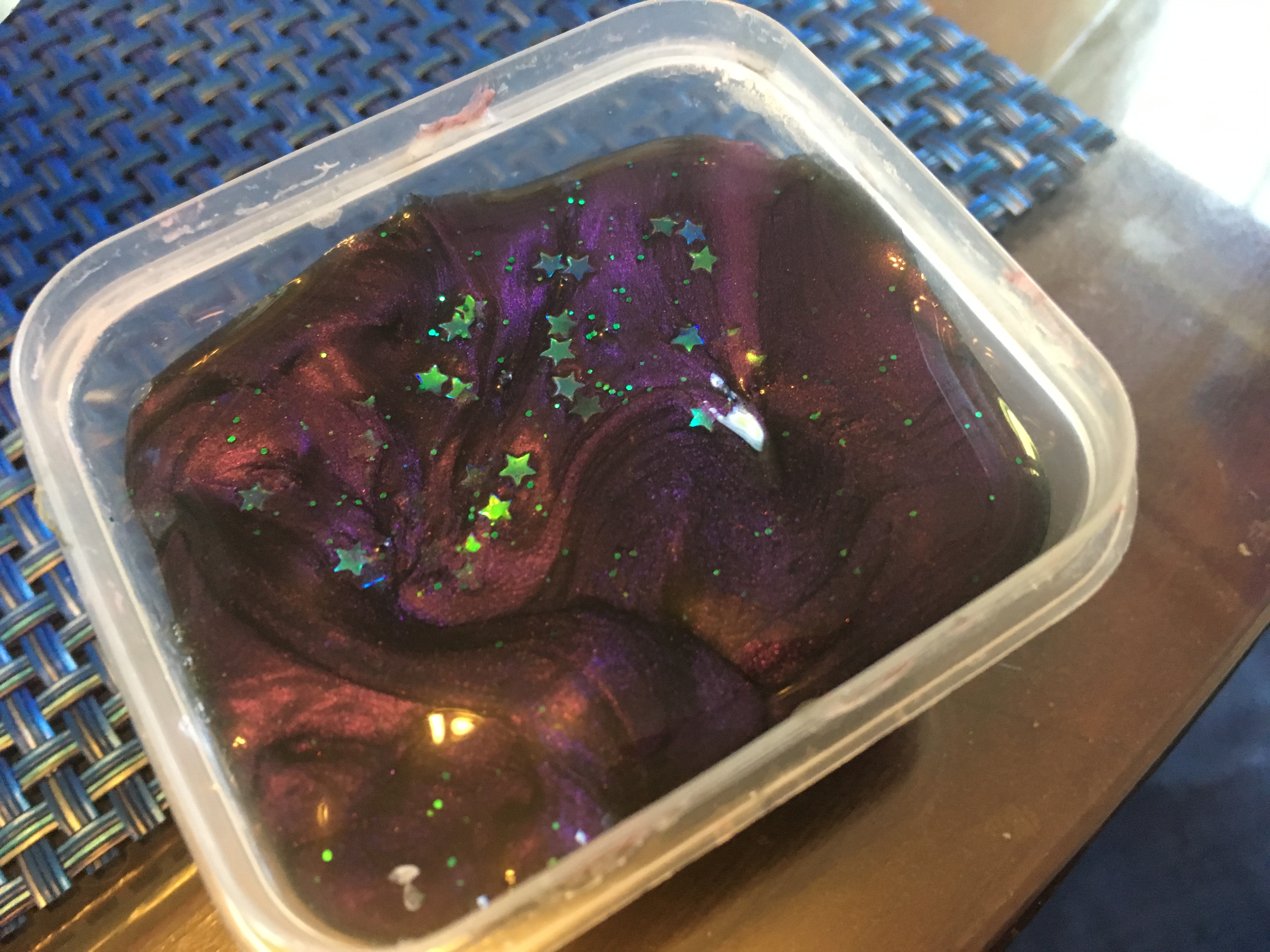 So you’re standing in good old Hobby Lobby to get your glue for this project, and you see there’s an extremely expensive bottle of activator chilling beside the glue. You don’t want that. That cow on the elmer’s bottle is lying to you. Your much better options are to use Tide, which I used to use a lot as an activator and found effective, or you can make your own using borax and water. Each activator makes the slime feel different. Tide likes to leave a slightly sticky residue on the surface of the slime, but will make your hands smell good every time. Borax and water is clear, which is super helpful, but it can easily overactivate the slime and must be used with caution. The texture of borax leaves no residue, and if your clear slime is sticky that is the glue and not the borax. There is another alternative I have not had much experience with, and that is to mix in a little baking soda into the glue until it is dissolved, then add contact lens solution until it becomes slime.

How to Make a Basic White Glue Slime 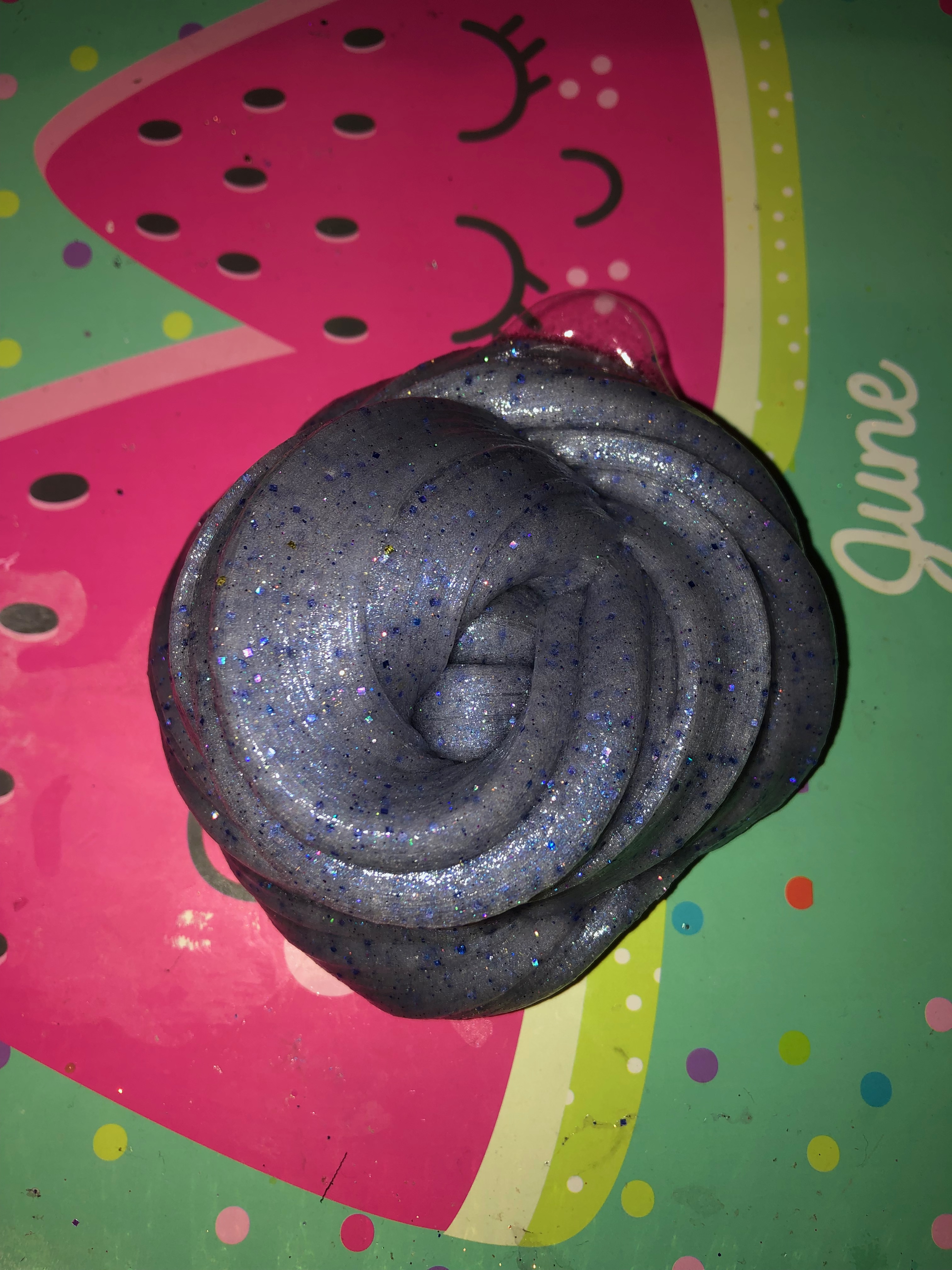 Start by pouring the glue into the bowl. A good cup of glue should be enough, but add as much as you would like. Poke it with the popsicle stick a bit, just to make sure it is nice and gluey. Add activator slowly and stir well, until the slime becomes stringy, and starts to not stick to the bowl if you stir it roughly. Plop it on a clean plastic surface and knead in more activator until the slime is no longer sticking to you. Keep in a sealed container when not in use.

How to make a Basic Clear Glue Slime

Clear glue slime is the trickiest to master, and the easiest to mess up. Start with a bowl of clear glue, and a normal mixture of borax water. Add the borax in just a few drops at a time, stirring vigorously as you add it to keep the glue from clumping up too fast and being impossible to fix. Keep stirring and stirring and stirring and adding more activator until the thing no longer sticks to the spoon. Wash your hands really well, and pull it out to knead. Once kneaded, put it in a container to chill for at least one week for it to become clear. Be aware clear slime deactivates, so do not dump it on your surface as soon as it is clear. 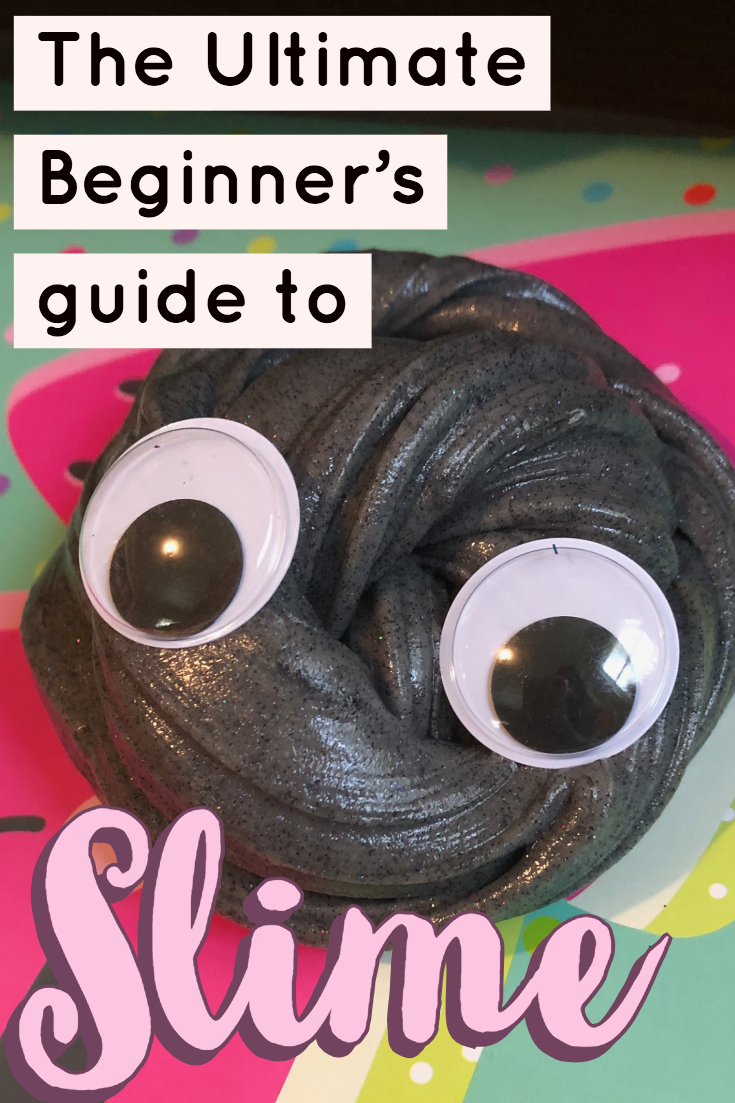 Now that you know the basic two types of slime, you can make any slime you want. My personal favorite is butter slime, which uses Model Magic and lotion in white glue slime to make a doughy stretchy slime, but other common add ins are charms, slushy beads, fimo slices, pom poms, alphabet beads, instant snow, and glitter. Ipsy bags are super fun and an awesome for trying out new makeup, but the samples are also a great size and it is a good and cheap way to get ahold of pigments to put in your slime. People also put foundation and lipstick into the slime to color it. I hope this guide helped you make perfect batches of slime, and remember practice makes perfect. My first slimes were terrible, but improved over time. Good luck and Happy Crafting!