How to Draw a Teddy Bear 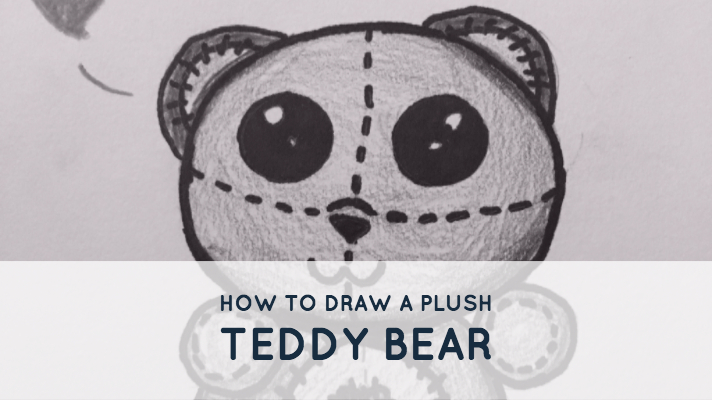 On Instagram, I noticed a thing that seems to get a lot of love is polymer clay plushies and drawings of plushies that look adorable and lovable. This tutorial will teach you how to draw a teddy bear in under an hour.

Step 1: Head and Torso of your Teddy Bear Drawing 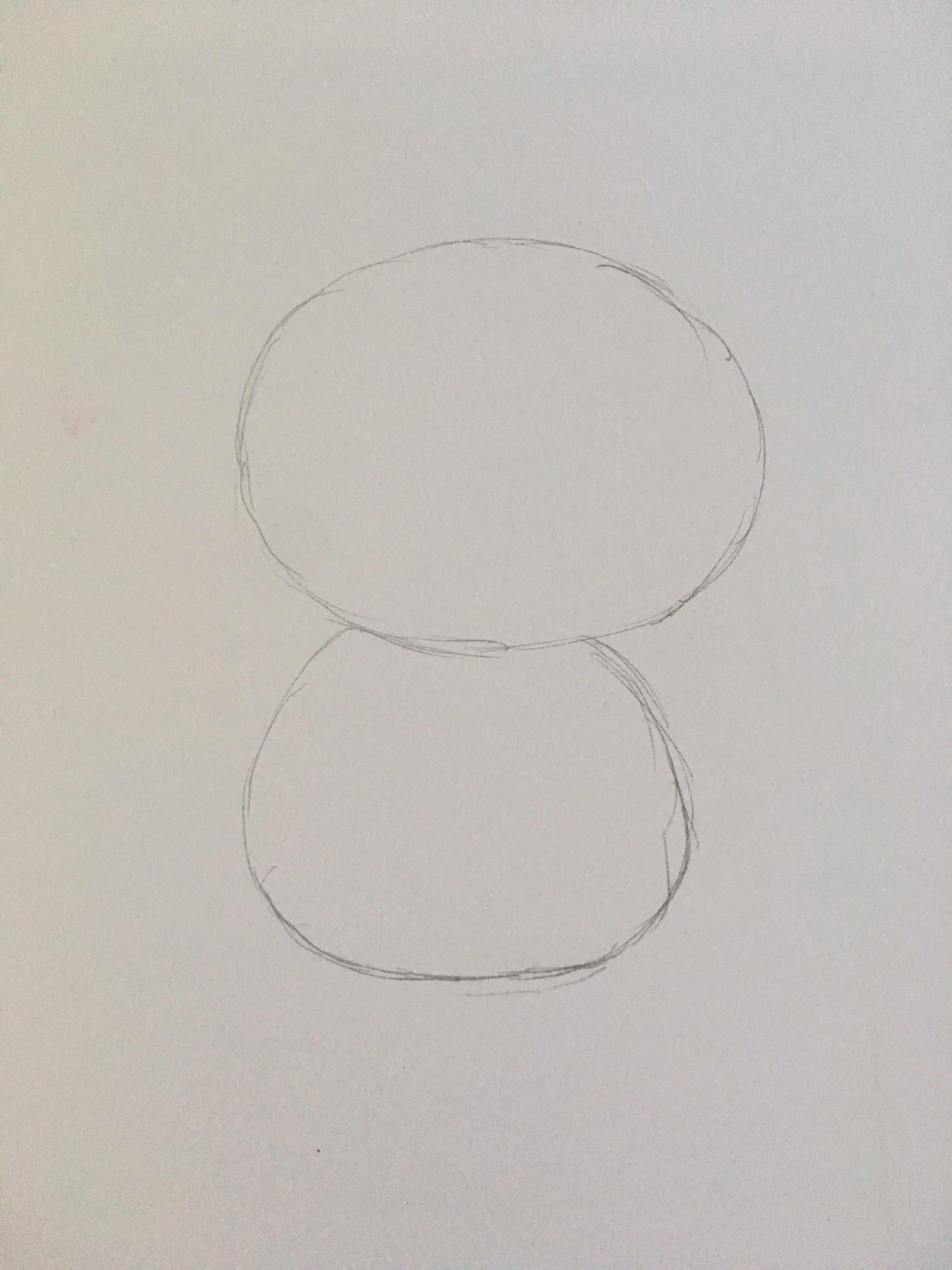 Start by drawing the head of the bear, which consists of a sort of squishy and rounded dome shape. It should be very slightly flat on the bottom half and very round and squishy on the top. Be careful to make sure both sides of the head are the same shape to avoid a lopsided teddy bear. The body of the teddy bear is basically a squishy marshmallow half the size of the head. Remember logical proportions is not a thing when you are drawing kawaii.

Step 2: Paws and Ears to Draw a Teddy Bear 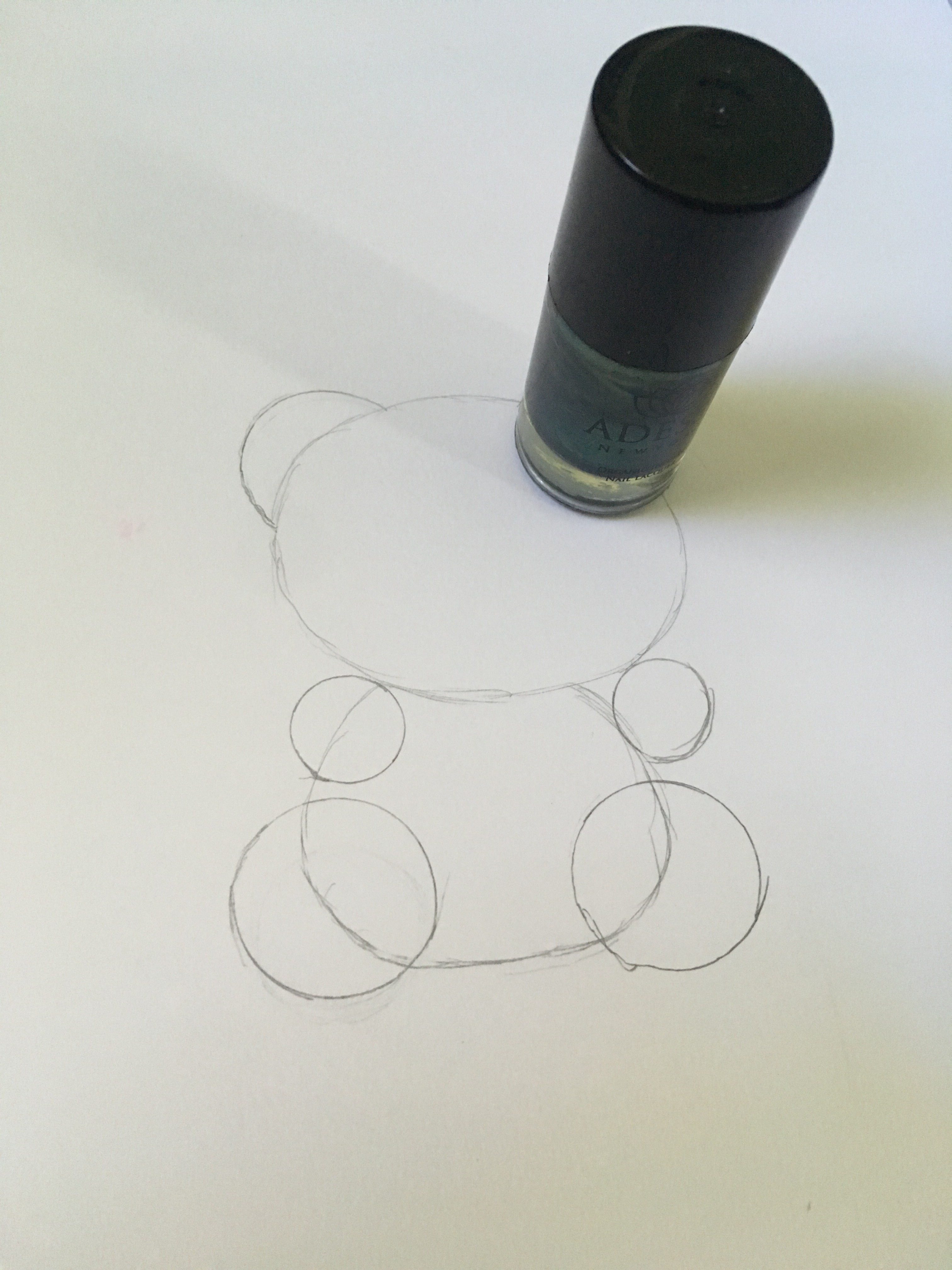 For the front paws, I used a chapstick container and traced the cap about halfway on the body on each side. The back paws I traced the bottom of a nail polish container on both sides, making one side stick out a bit more just because I can. Not enough to be annoying, just enough to make it look like I didn’t mirror the body. The belly is a basic curved line that goes from the bottom of the squishy marshmallow body, curves about at the neck, and goes back down on the other side. 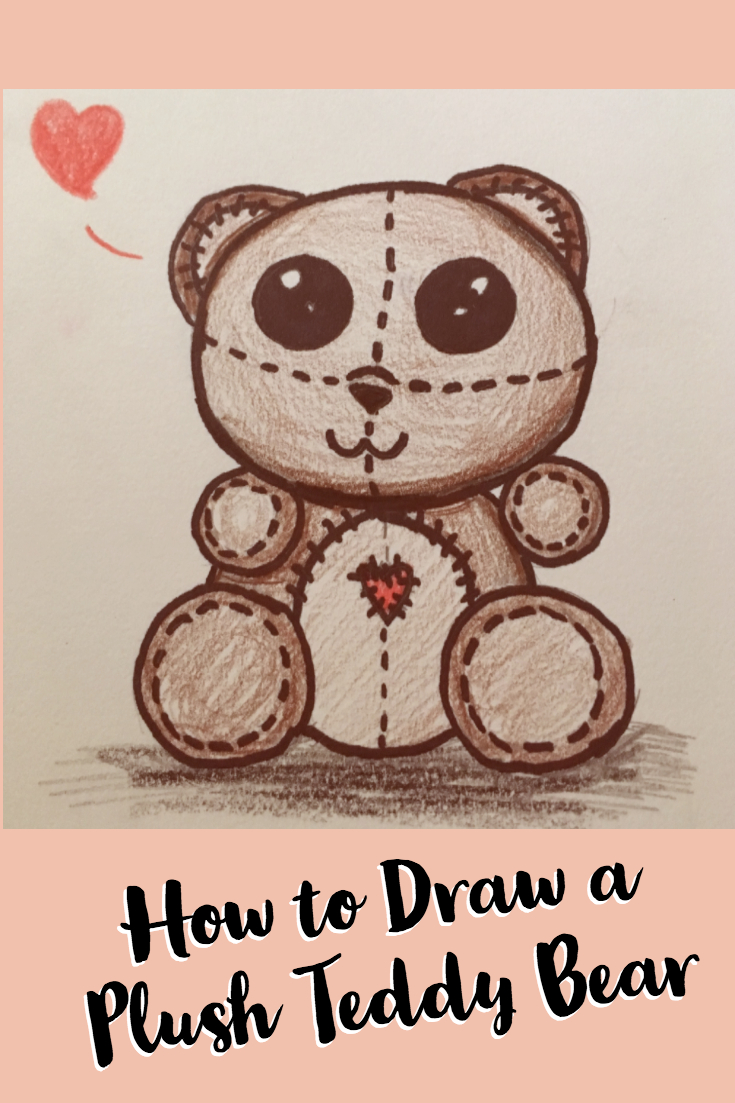 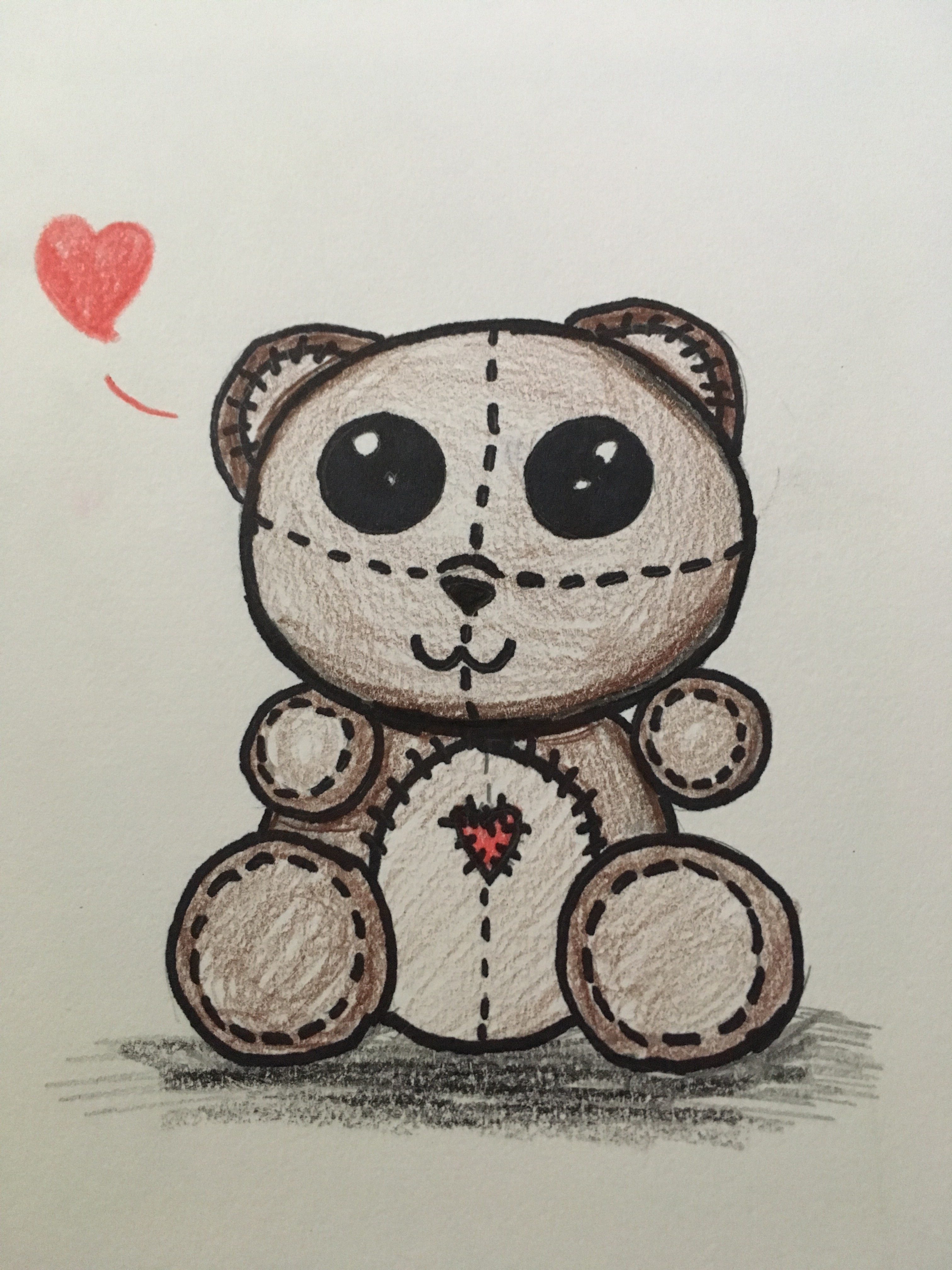 Draw the face on, using the chapstick tube again for the eyes. Draw a 3 horizontally for the mouth and a triangle for the bear’s nose. Ink it all in and leave small spots of white in the eyes. Draw stitches along all of the inside lines, including the ears, front paws, back paws, belly, and optionally the heart on his chest. Color in the bear’s body, making the outside of his paws and torso darker than his belly and the middle of his paws as well as the inside of the ears. The face should be mostly light with darkness under the chin for shading. Also add shading in the corners of his ears where they meet with his head, and you are done. This bear drawing would make a lovely valentine’s day card, birthday card, or as simply a decoration in your room.