How to do a Quick Dragon Doodle 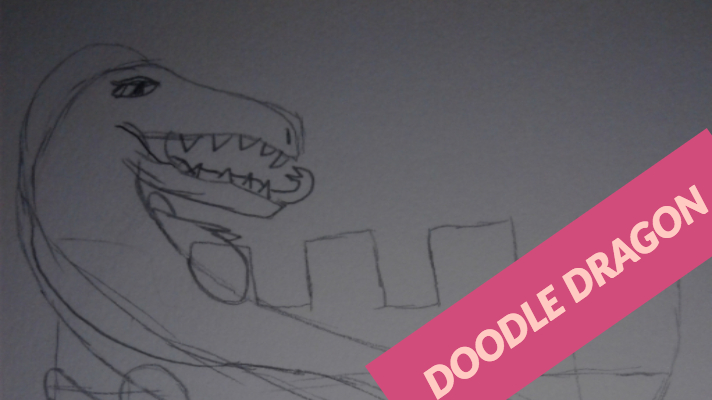 Dragons are fairly easy to draw. This dragon doodle tutorial will show you how to doodle a dragon curled around a tower.

Draw Your Dragon’s Base lines 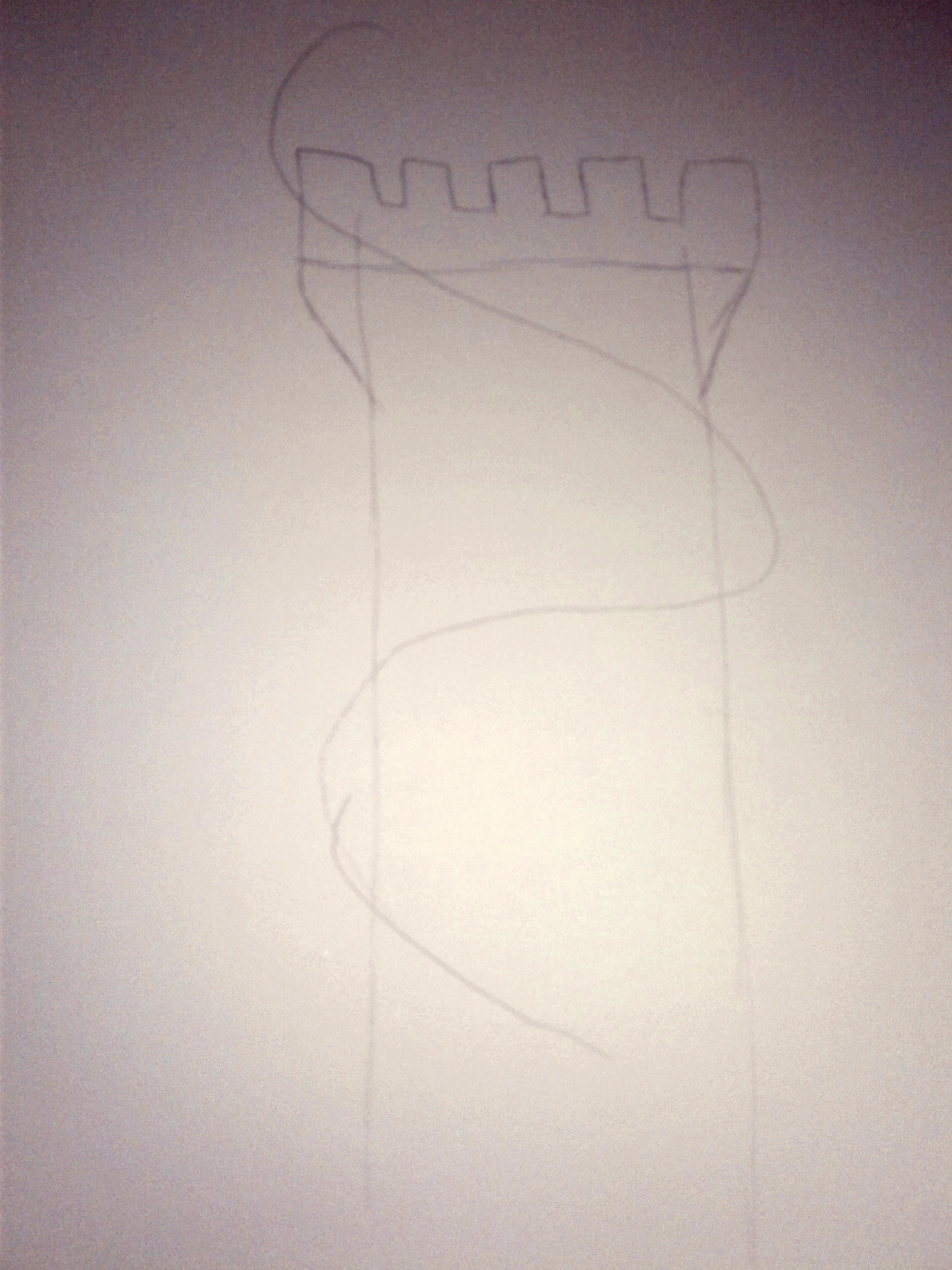 Start by using your ruler to help you make two straight lines that are vertical on the paper. Draw the curve of the dragon by drawing a slithery shape over the castle, making sure the top part is sticking out off of the castle. Make two lines on top that are parallel on the castle with little boxes. Add the two triangles leading down to the lines to make it a smoother transition. Draw lightly so that any erasing done is completely gone from the page.

Draw the Castle for your Dragon Doodle

The window is a dome shape with very little blocks around it. You can also use circles instead of blocks. The base of the castle has rocks that help hold it steadily in place. Stained glass can be drawn in the window to make it look more magical. Erase about a half an inch around where the line where the dragon spine is on top of the castle, so the dragon has room to be fat and dragon-like. Remember the dragon is curling around the tower, so every other line should be behind the castle, or erased completely. 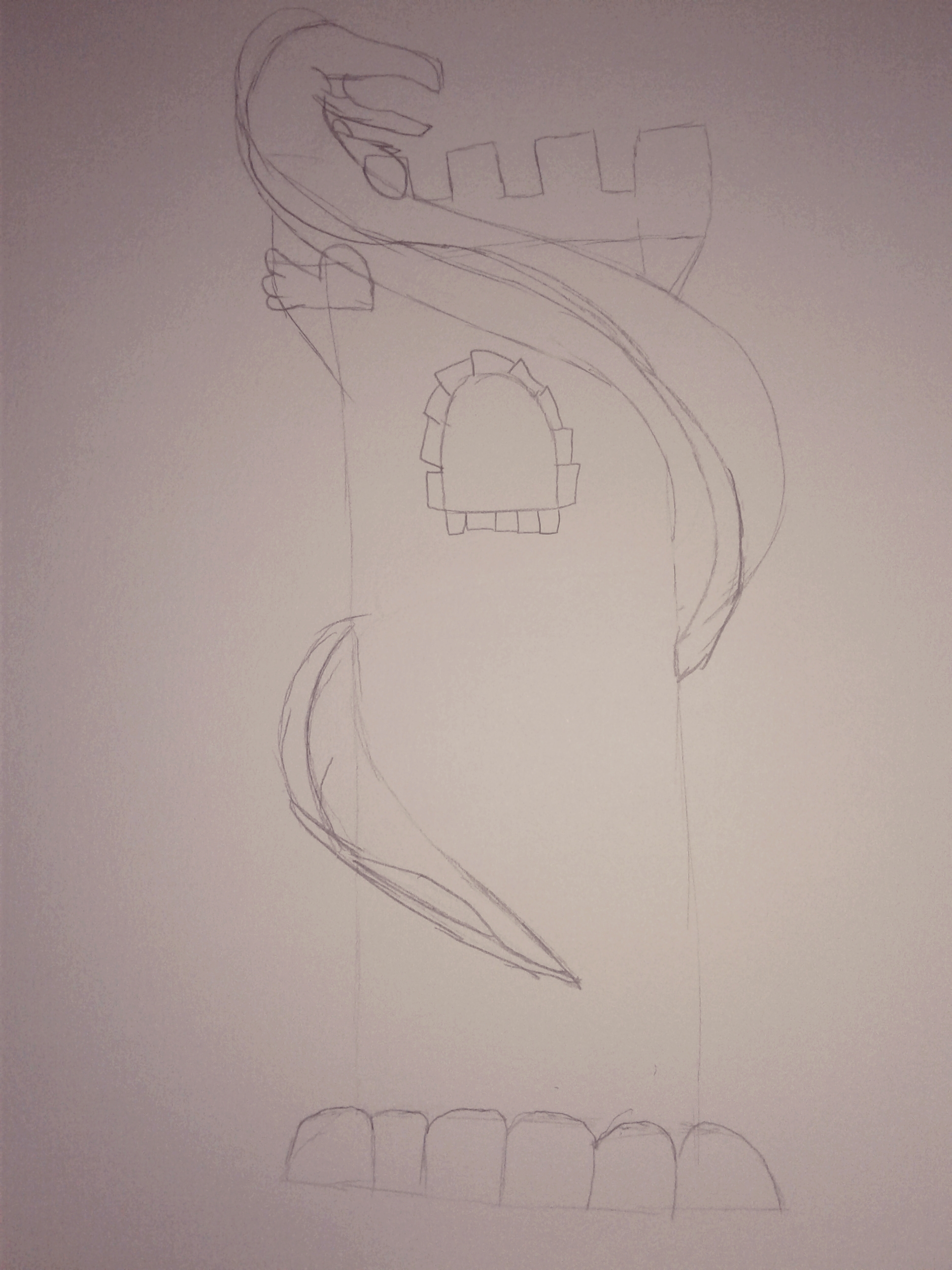 The dragon is fat and lazy and as long as you bring it a burger, you may pass. Really emphasize this point by making him look like a fat anaconda that don’t want none. His face should resemble that of an angry turtle with a forked tongue and a dental problem. Make sure the lines are even and when it curves around the castle tower, the line also curves as a snake would curl around a branch. Both front paws should be hanging onto the top of the tower and the other foot should just be dangling in the air. The back fin should just be like a cheap twisted up ribbon krazy glued onto the back of the beast. 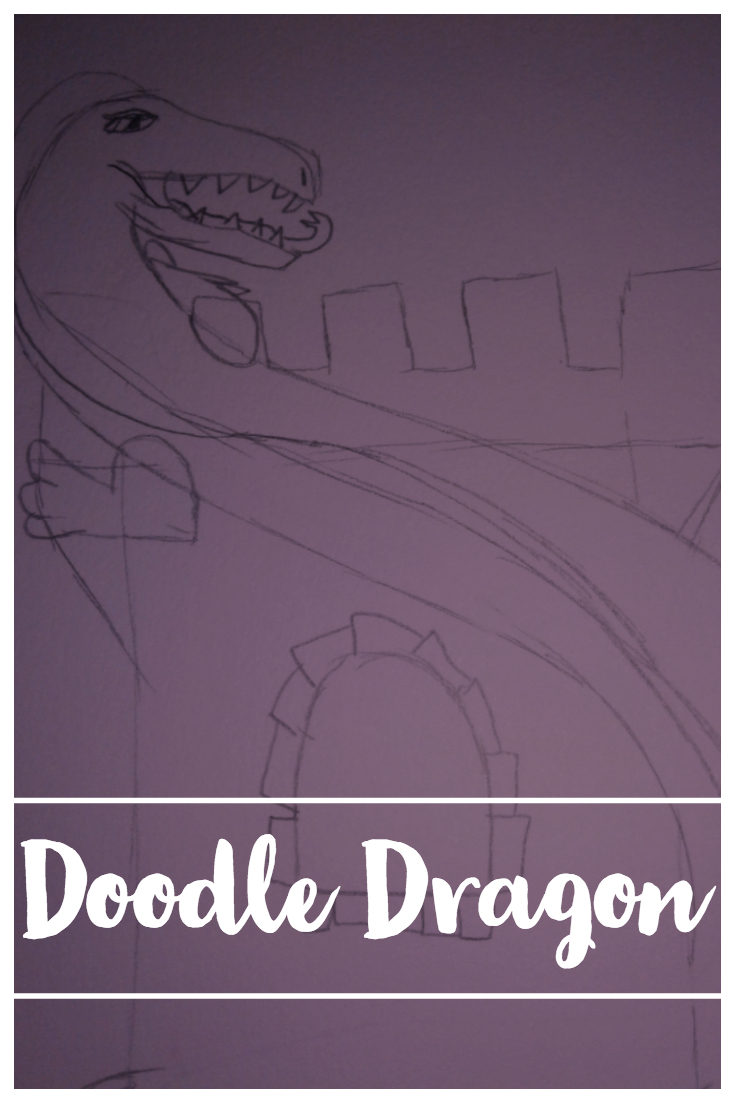 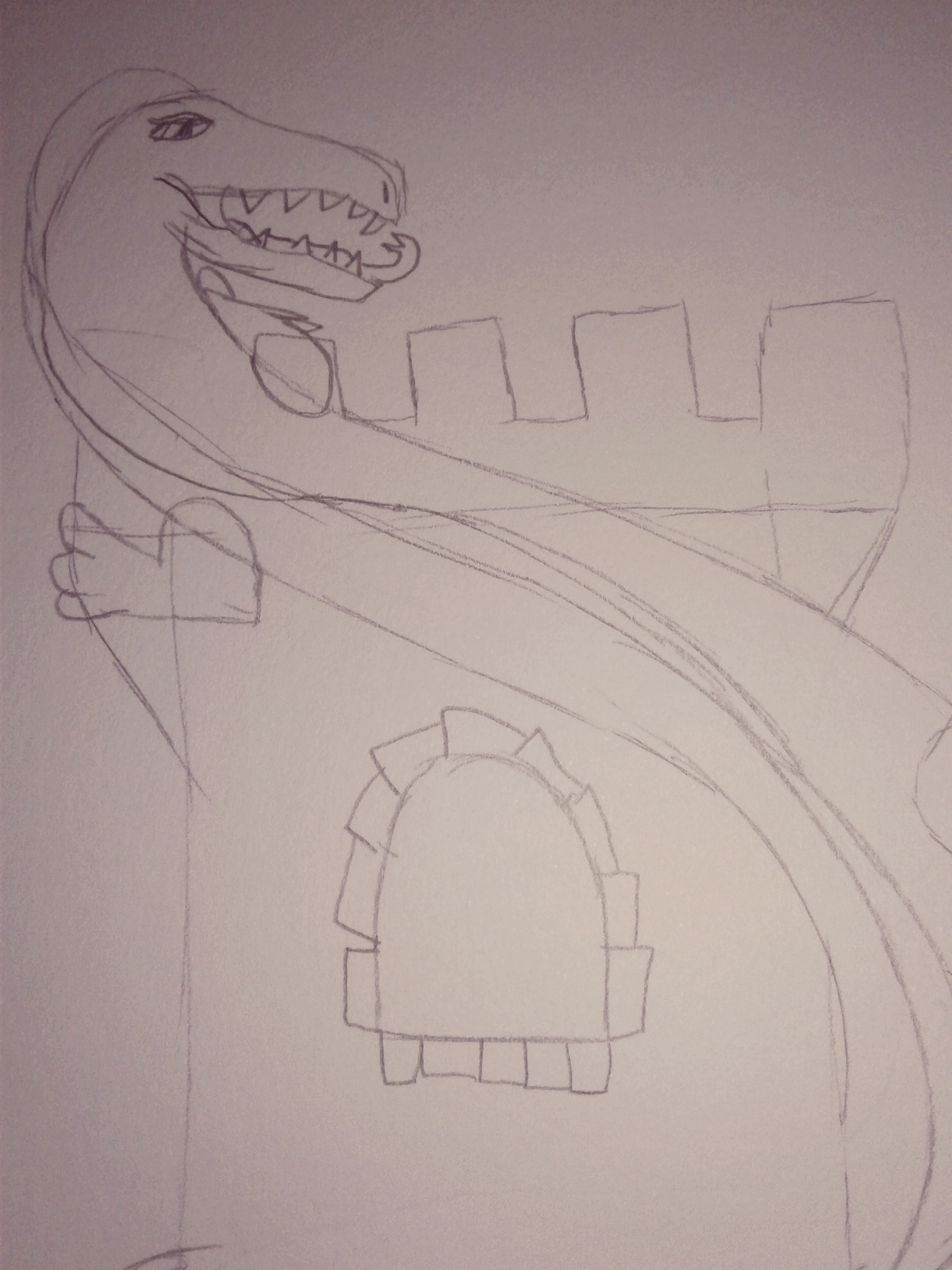 You may color him in or leave him blank. If you would like to add scales, simply draw little dome shapes all over his body and fill them in with color. You could also add wings that curve around the castle in a hog, because he is fat and scared to fall off.

2 thoughts on “How to do a Quick Dragon Doodle”