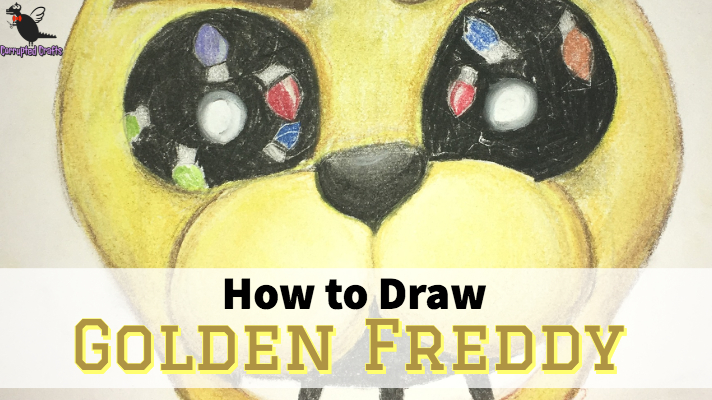 FNAF is definitely not getting any more popular, so why not do a drawing of Five Nights at Freddy’s Golden Freddy? This drawing was a mix of pastel and pencils. Pastels are my favorite medium due to how flexible they are, as they are made of pure pigment they can be used like paint or pencil. This medium is very messy, so do make sure to have a good open workspace.

Base Lines of the Golden Freddy Drawing 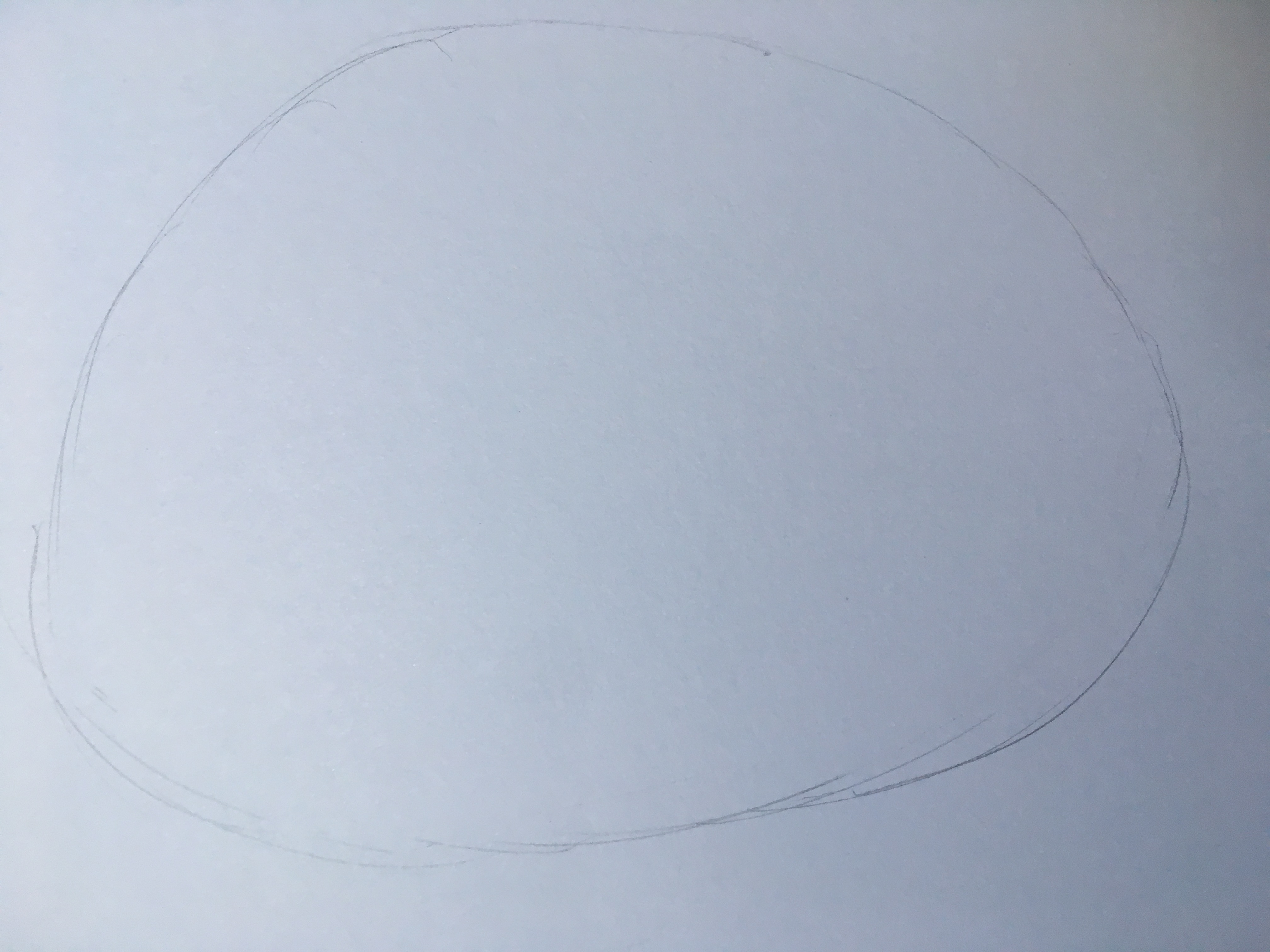 Start by drawing just a big floppy circle. Does not matter how bad the lines look, just a fast base to work off of. 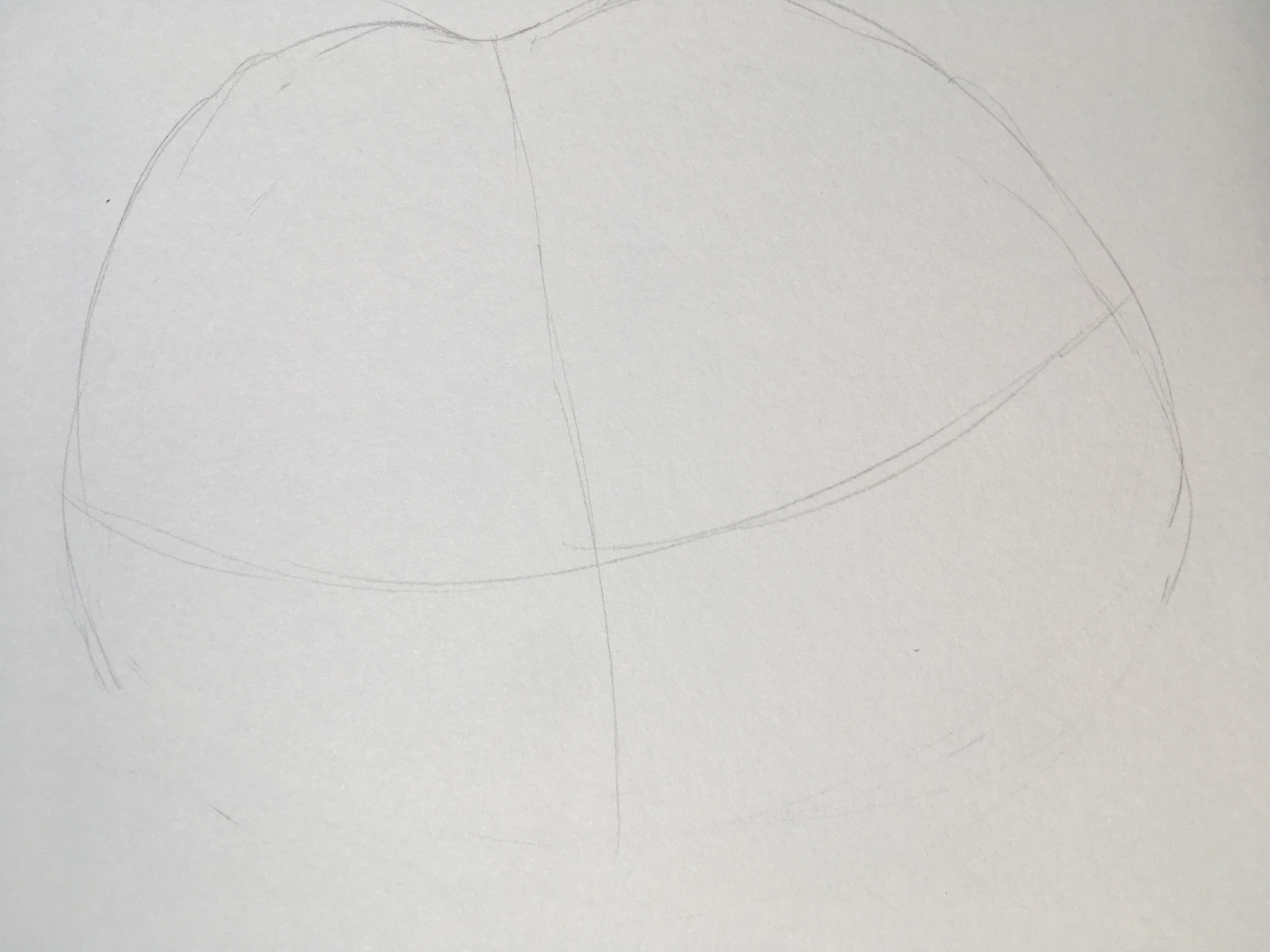 Draw a vertical and horizontal line on the face, to help guide you as to where to put the facial features. Use a ruler if needed. 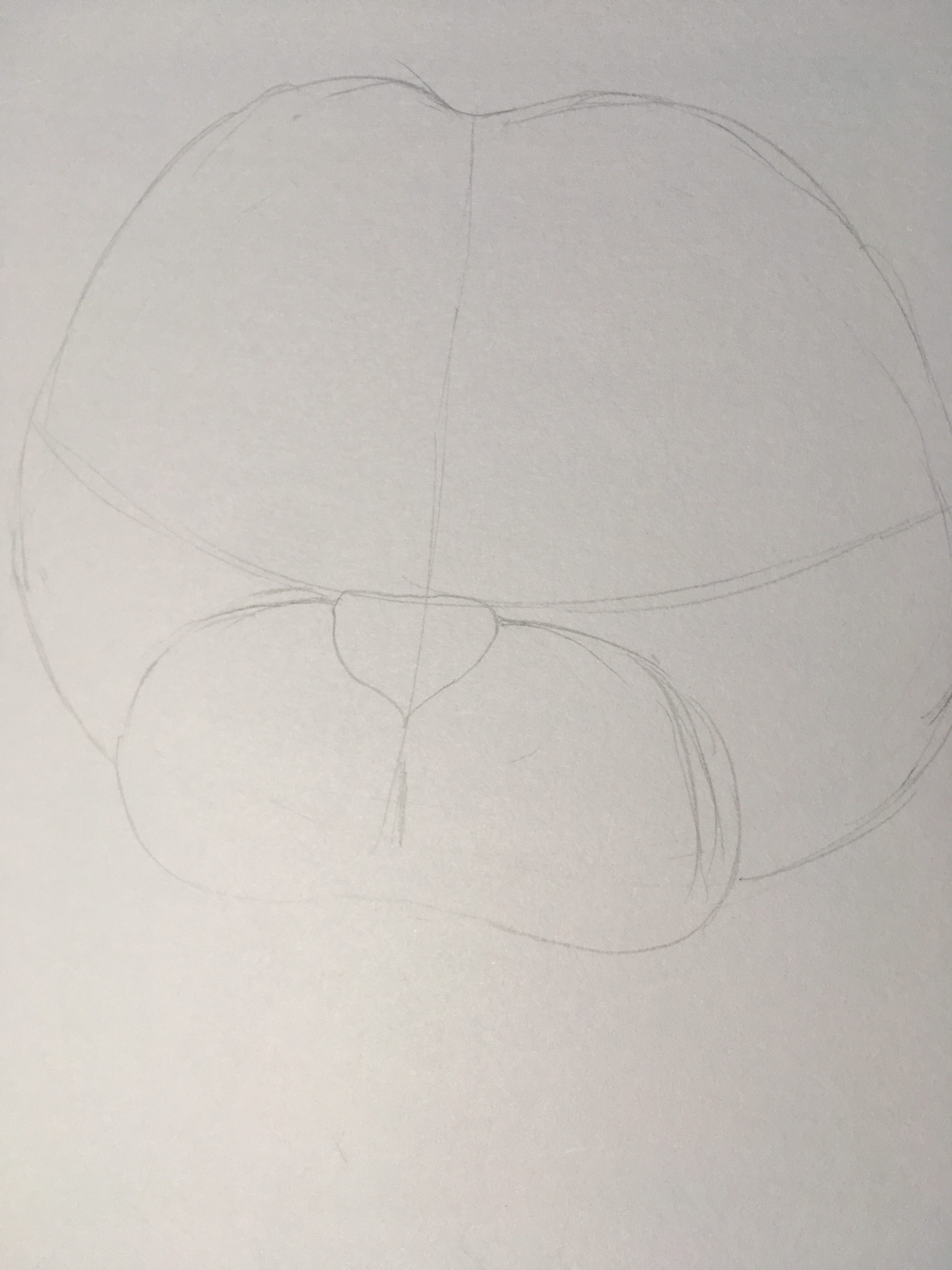 The muzzle is a curved shape that goes below the middle crossing point. The underside of the muzzle should be almost like a dog muzzle. Make sure to draw lightly, as the pastel will cover over the lines. 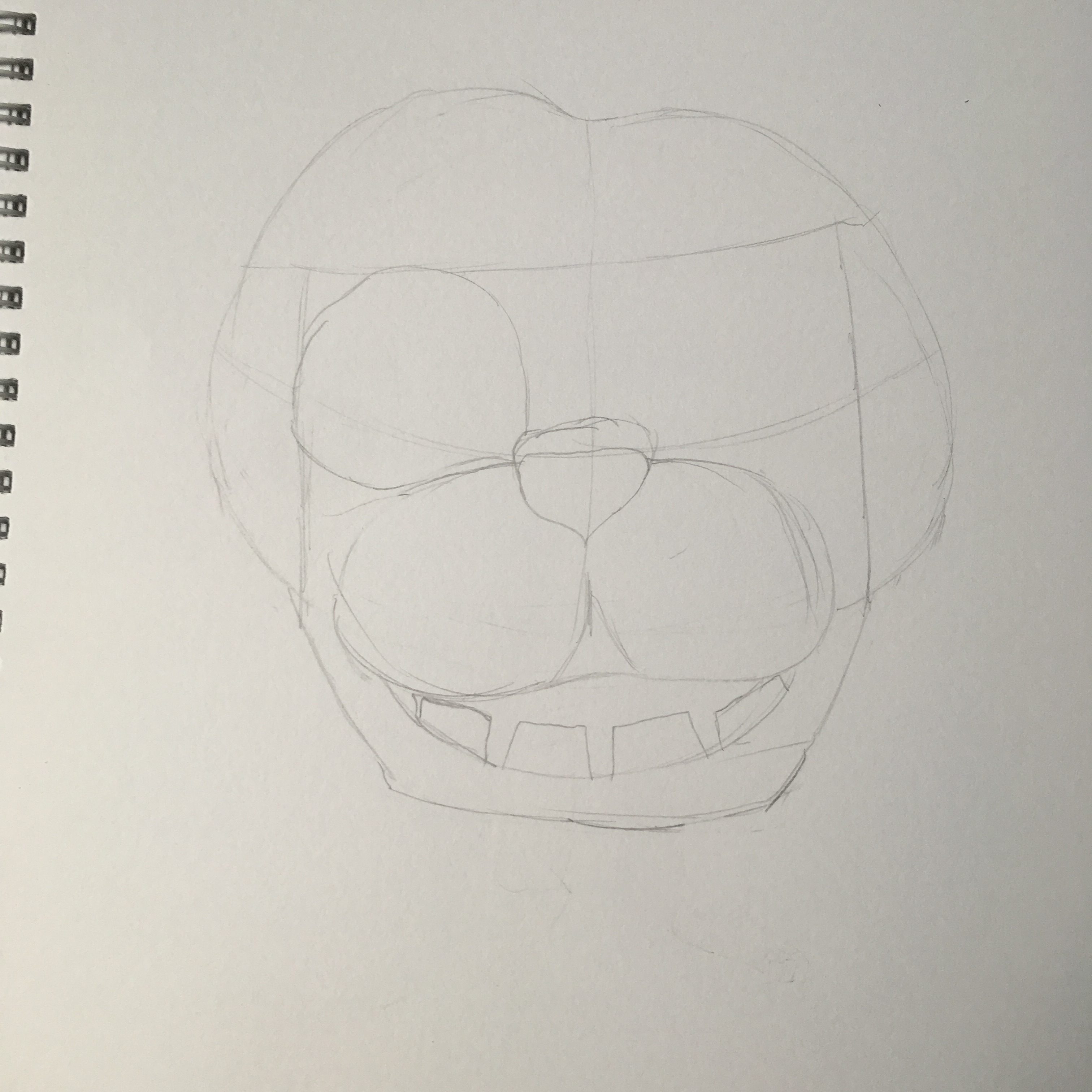 His eyes are very large and go from the sides of the nose in the middle of the face down to the sides of the muzzle. Try to make them look similar, however they do not have to be perfect. I drew some strings with some Christmas lights in the eyes, which is just a line with a lot of triangles on it.

Hat of the Five Nights at Freddy’s Golden Freddy Drawing

The hat is a rectangle on top of the head with a long slim rectangle beneath it. This is a very simplistic hat, and a ribbon can be added to the band to make it prettier.

Golden Freddy has little round bear ears. They don’t have to be perfect, just existent. Attach them to the sides of the head by the hat. 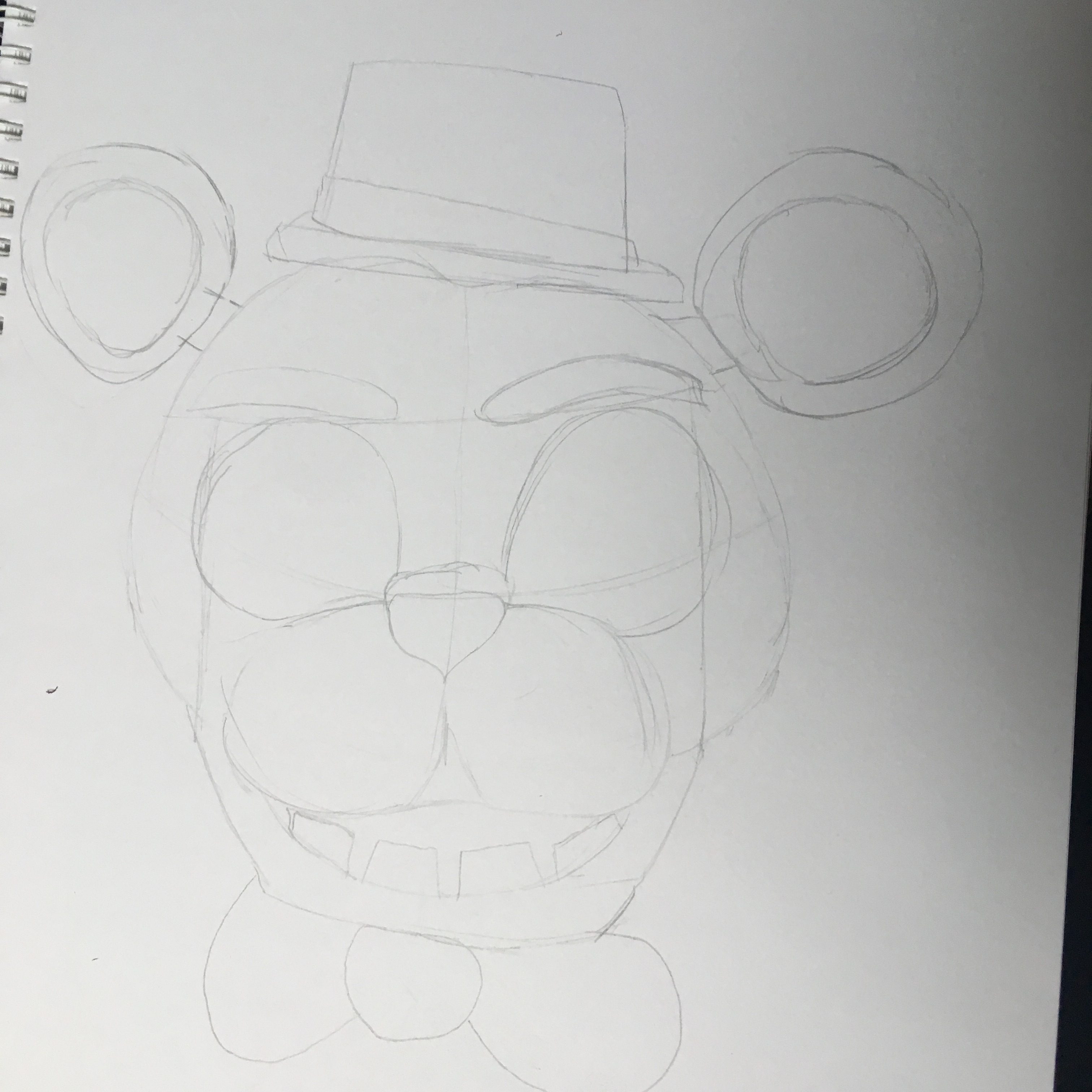 The lower jaw was a little sketchy to draw. Make a square outline and draw a curved inner mouth. Add some little flat teeth when almost done. Draw a bow underneath with three circles.

Pastel pencils are fantastic. Absolutely amazing. They blend amazingly however they are super dusty and will leave a huge mess. Cover your body in an apron and work in a well ventilated area or outside. 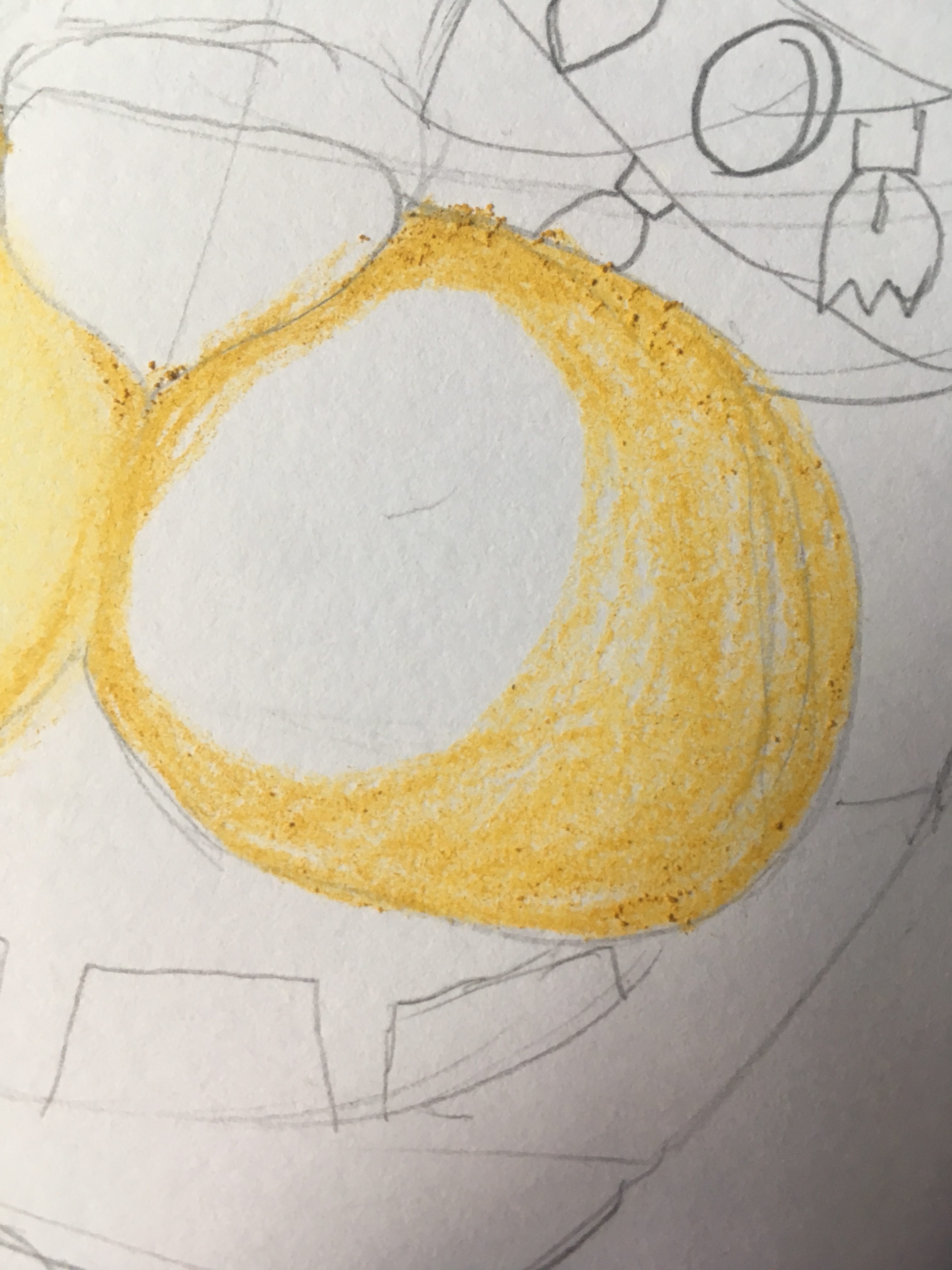 The snout has about 4 colors in it, a dark brown on the edges, a lighter brown closer in, a very light color in the middle and a medium yellow shade between the browns and the light yellow. 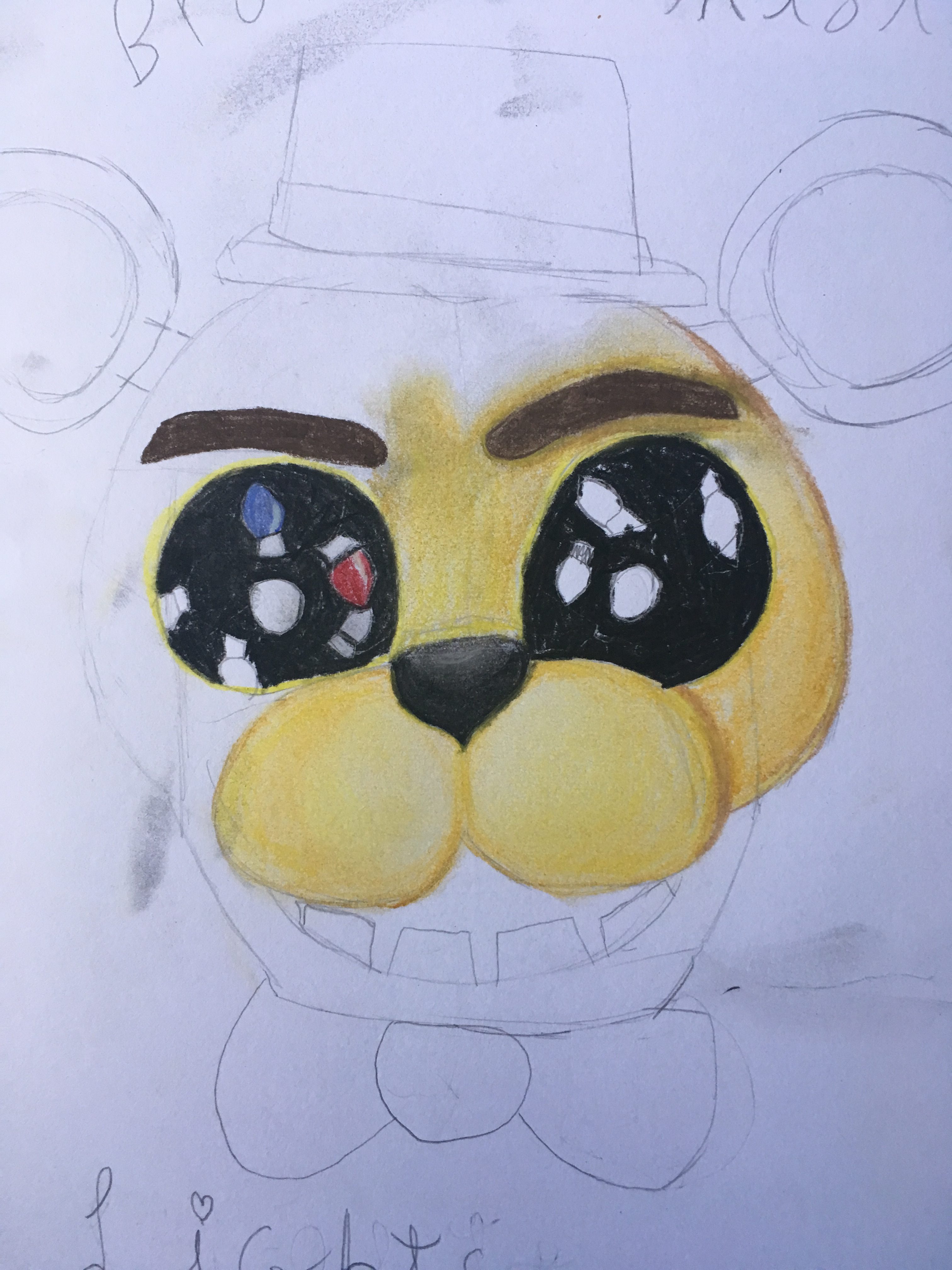 Do the face as seen in the images, adding a darker brown in some places and lighter places wherever the light would be hitting. Use your best judgement.

Color the eye completely black besides the lights and pupils. Use a bunch of different colors to color the Christmas lights to make them look like they are glowing, and use a white pencil to make the area around the pupils a grey shade for the illusion of glowing.

Color the ears the same as the rest of the head, blending colors until you get what you need. Use a darker color on the inner ear and a lighter tone on the outer part.

Coloring the Bow and Hat 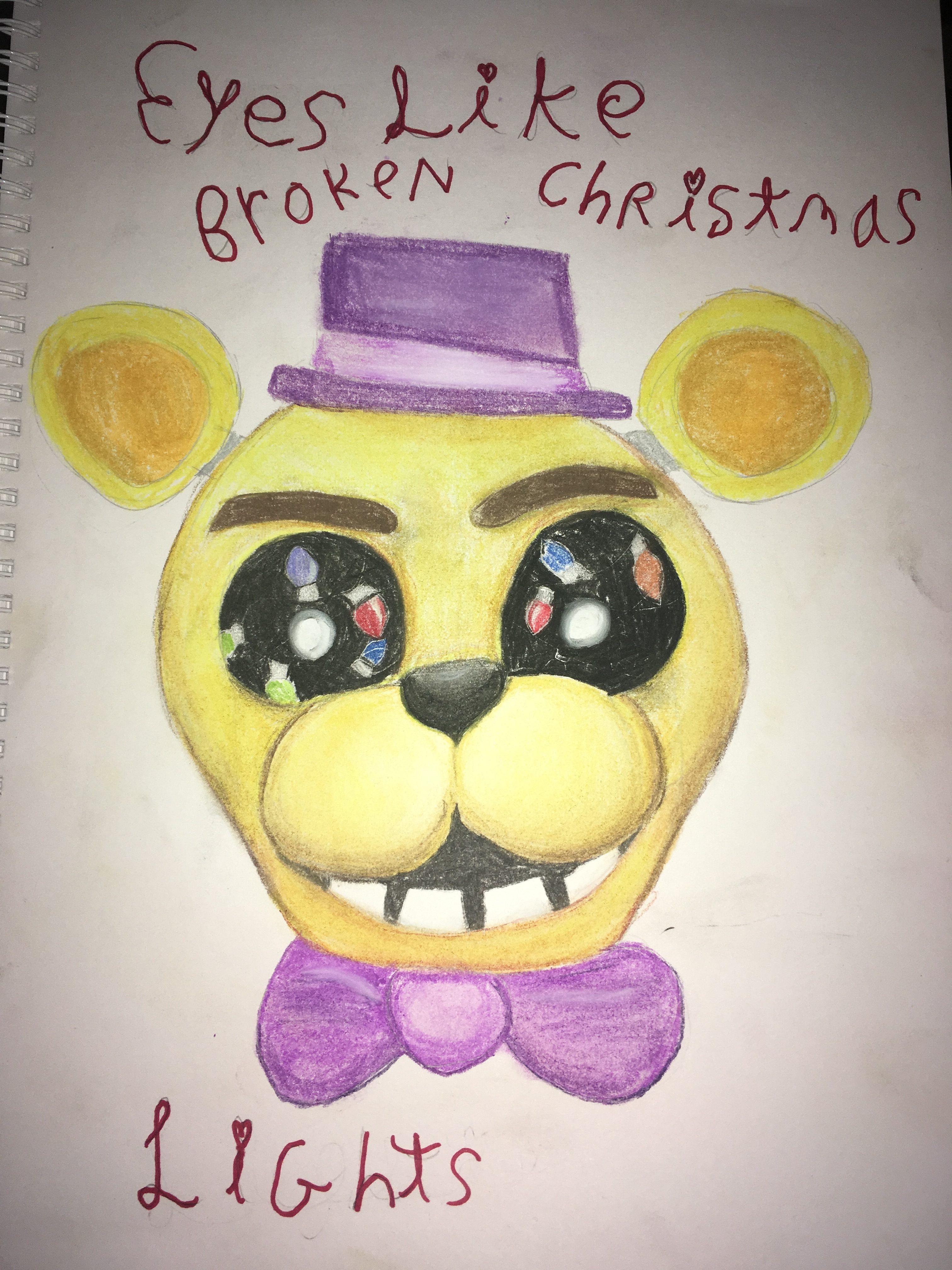 For the hat and bow I used a simple dark purple and scribbled away. I added white as needed for highlights.

The Words on Five Nights at Freddy’s Golden Freddy

Use a sharpie to highlight the quote and an eraser to erase any little smudges you may have made. Pastels like to make a huge mess. 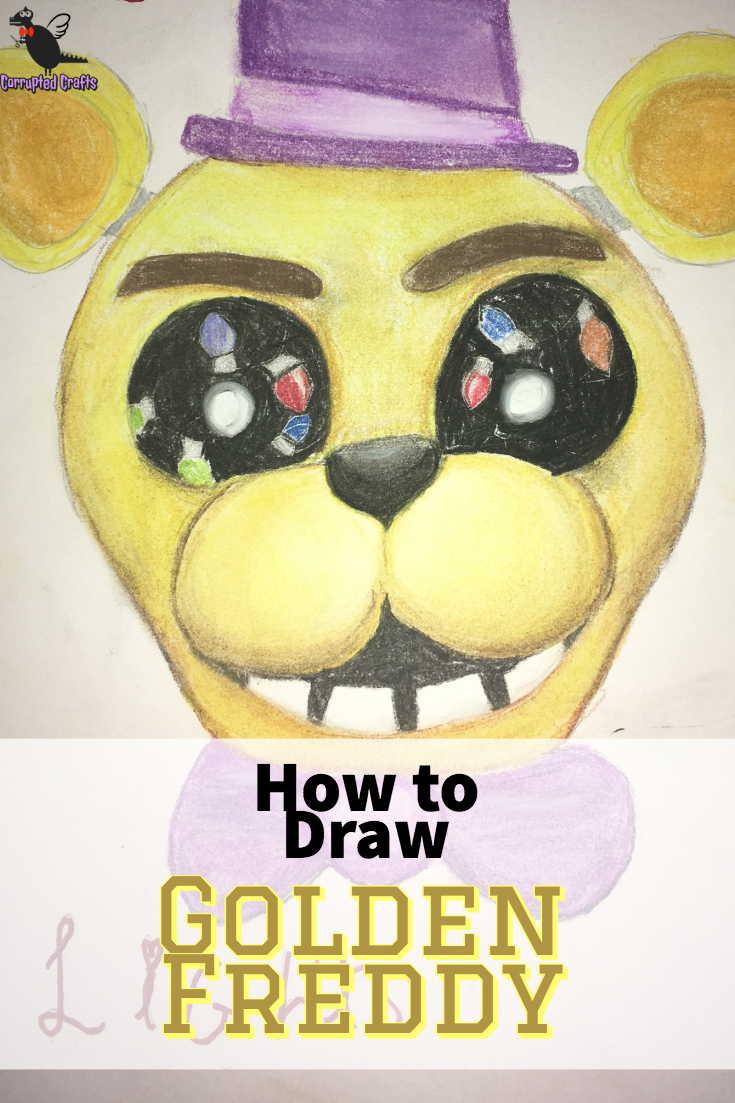 To prevent the pastels from getting everywhere and your beautiful artwork from getting smudged, use some hair spray or acrylic to seal the pastel to the paper. This will give the paper a glossy coat that will make the colors pop as well as protect the art. Happy crafting!